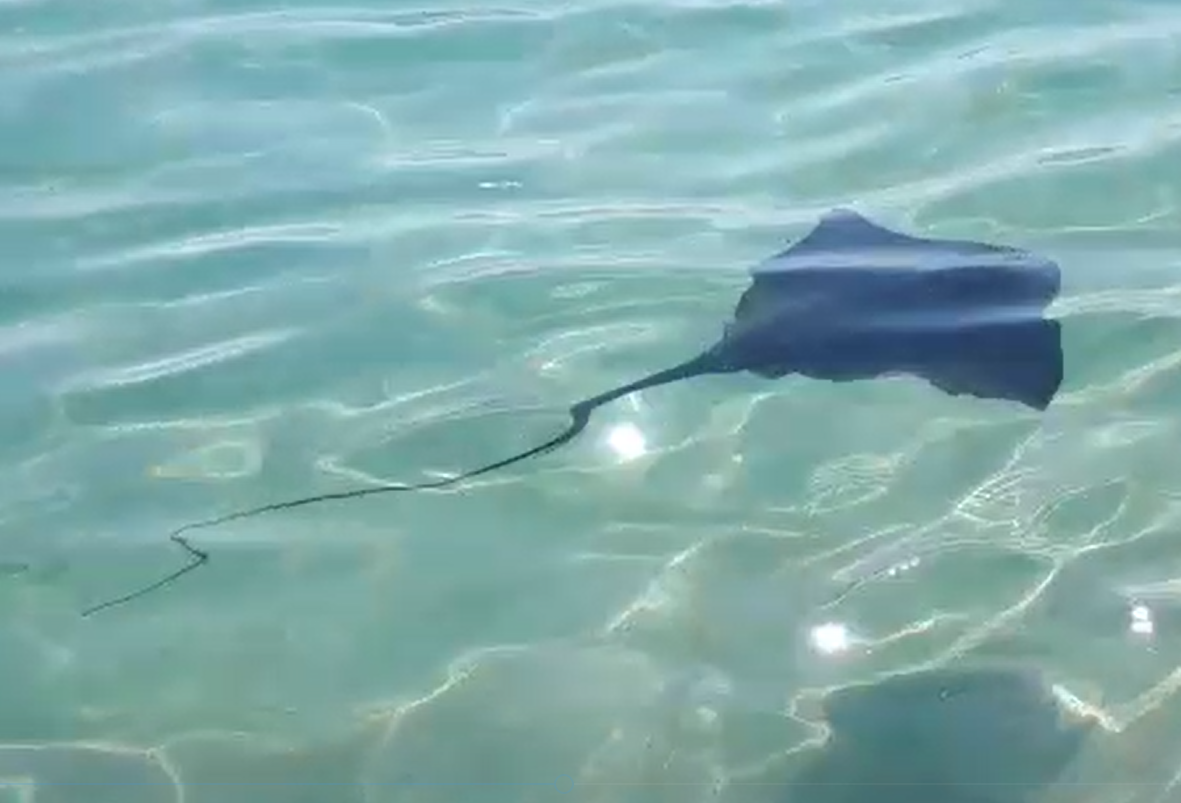 WVI is excited to announce that we are supporting our first ever marine project and vet! Marine vet Tania Monreal works for the International Zoo Veterinary Group assisting their clients with animal health and welfare, with particular focuss on marine species .

Tania has been training the vets and staff at the CRAM centre, Barcelona. Over the years, CRAM have increased their connections with local communities to such an extent that they are called when a common stingray swam unusually close to people paddling in the Mediterranean just north of Barcelona with a chunk bitten out of its' right wing.

The government officials took a video and sent it to Tania for her advice.

Tania and the CRAM team suggested the ray was caught up and given a shot of long acting antibiotics if there were signs of bleeding around the shark bite wound, then it should be released in deep water.

Which is exactly what happened. No need for rehab.