A turtle in a lift 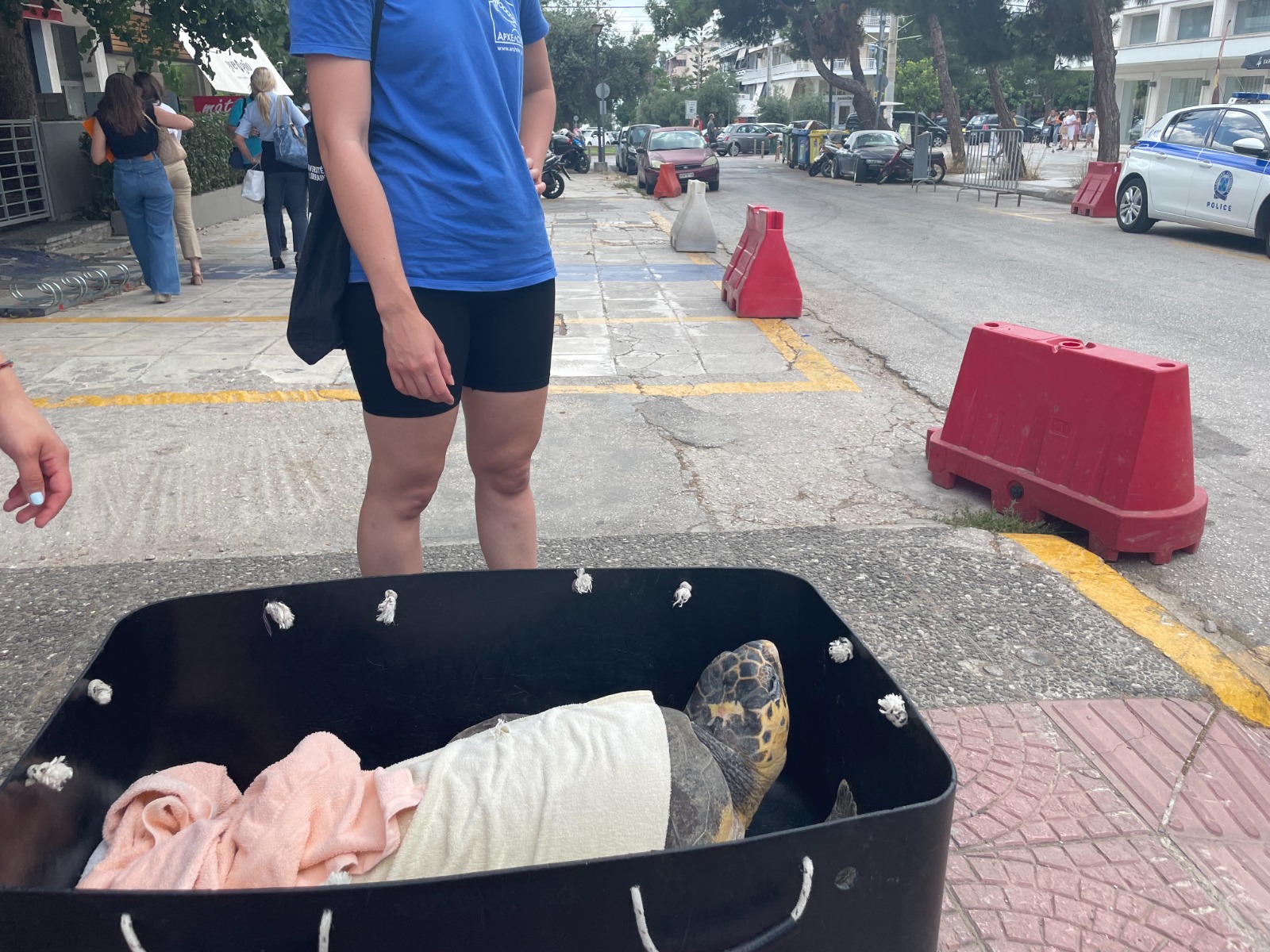 The turtle team has recently returned from visiting ARCHELON Sea Turtle Rescue Centre, Athens and has reported back a number of cases.

Temperatures were high in Greece last month so you will appreciate the teams response when they look Phoenix, a large loggerhead turtle, for an x-ray at a local private health clinic and discovered Phoenix didn't actually fit in the lift. The solution was to carry her up three flights of stairs!

It was worth it though as the x-ray revealed she is suffering from potentially serious osteomyelitis and needed treatment without delay. Turtle vet Tania Monreal (IZVG) was worried there still could be active bacterial osteomyelitis present so the fluid that was removed from the swelling was sent for culture and sensitivity to a local veterinary laboratory. We are awaiting laboratory results before treatment is started.

The rehabilitation centre at ARCHELON Rescue Centre, Athens sees a high number of casualties that have been hit on the head by asmall number of fishermen who continue to view turtles as competitors for theircatch. When Phoenix arrived a year ago, it was actually a wound to her head that was the main concern, although that is now healing well.

While he was in Greece, Matthew was able to review the treatment plan for Arthur, an adult male loggerhead, who had arrived just a month before with a horrible infected head wound. Matt is hopeful that, despite some exposed brain tissue, a careful regime of wound management, analgesia and antibiotics, as well as tube feeding, will help Arthur recover.

Sadly, as previously reported, discarded fishing gear is also a huge problem for turtles. Matt also discussed the case of juvenile green turtle, Stitch, who has lost a fore flipper due to entanglement in a fishing net. Although the stump is infected it is thankfully slowly healing with the help of dressings andmedication we previously provided. The best news is that Stitch is active and eating well.

Hermes's recovery from a head trauma has been supported by WVI for some time now. Hermes is an adult male loggerhead and was given a thorough check by Matt and Tania during their visit earlier in the year. Hermes had stopped eating and had gone in to a decline. Tania prescribed calcium supplementation and exposure to UV. We are pleased to be able to report that Hermes has responded well, is eating normally and will be released soon.

Updates on these individuals will be on our social media and newsletter (please sign up if you haven't already). And if you would like to support the Turtle Team, please donate now.

As always, it was a great pleasure to work alongside the very dedicated team at ARCHELON and help them maximise the chances for the turtles in their care to make a good recovery and return to the sea.