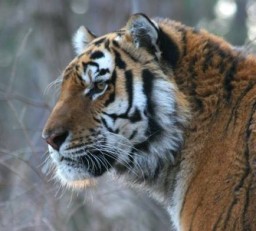 Some of the world’s rarest big cats are facing a new and deadly threat – from a dog disease. Canine distemper virus (CDV) is one of an emerging range of pathogens threatening tigers worldwide, confirms British charity Wildlife Vets International. Now an Indonesian initiative to help save its dwindling Sumatran tiger population promises a conservation milestone - the world’s first comprehensive tiger disease surveillance programme.

IA successful programme could become a lifeline model for tiger range states everywhere, believes Dr John Lewis, a big cat veterinary expert and co-founder and director of WVI. Following talks earlier this year with Indonesian officials and vets, he is returning to Sumatra in September to advise and help launch a programme to shed new light on the causes and impact of canine distemper and other diseases. With challenges on every side for Sumatra’s embattled and dwindling tiger population, struggling to survive amidst growing economic and habitat pressures, disease could be catastrophic, says Dr Lewis. A worrying symptom of canine distemper, that tigers seem to lose their fear of man, increases the chance of human-tiger conflict and leaves them easy prey for poachers. “We have reports from Sumatra and other tiger range states that tigers are behaving abnormally and we need to know why” he said. Infection with canine distemper virus could explain at least some cases, “A tiger disease surveillance programme has never been tackled. If we get it right, it could help us forestall a major problem which is the last thing tigers need in their precarious state. “We need to find out how these cats are catching distemper, identify how and where they come into contact with domestic dogs which are the most likely virus source, and determine how best to tackle the problem. Otherwise we could lose even more of our vulnerable big cats,” says Dr Lewis. The Sumatra initiative is a major leap forward in WVI’s work with international tiger conservation alliances from the far east of Russia to the mangrove swamps of the Bangladesh Sundarbans. Dr Lewis has been involved in the Russian Far East since 2004, and has been invited by Wildlife Conservation Society (WCS) Russia and the Russian Institute of Biology & Soil to work with Russian wildlife vets and Martin Gilbert from Glasgow University on how to combat CDV. At least three Amur (Siberian) tigers, the world’s largest big cat, have died in recent years after contracting canine distemper. Studies of both the Endangered Amur tiger and the Critically Endangered Amur leopard, with just 40 left in the wild, confirm that many more have been exposed to the virus. Russia already has examples of abnormal behaviour, where tigers have walked into villages apparently unfazed by their surroundings. In one incident a gaunt tigress, looking for dogs as an easy meal, was shot by police after several capture attempts failed. In a similar event, an otherwise healthy looking wild tigress was immobilized but later died in captivity. Evidence of CDV were found in both. Other examples of tigers entering villages or stalling traffic on major roadways, behaviour possibly indicative of distemper, have emerged in the last ten years. In 1994 CDV wiped out a third of Africa’s Serengeti lion population after an outbreak in feral dogs. Lion numbers only recovered when conservationists embarked on a massive dog inoculation programme.

Reflecting on our Work in 2021

Our Chair of Trustees, Dr Miranda Stevenson, looks back on our recent activities.