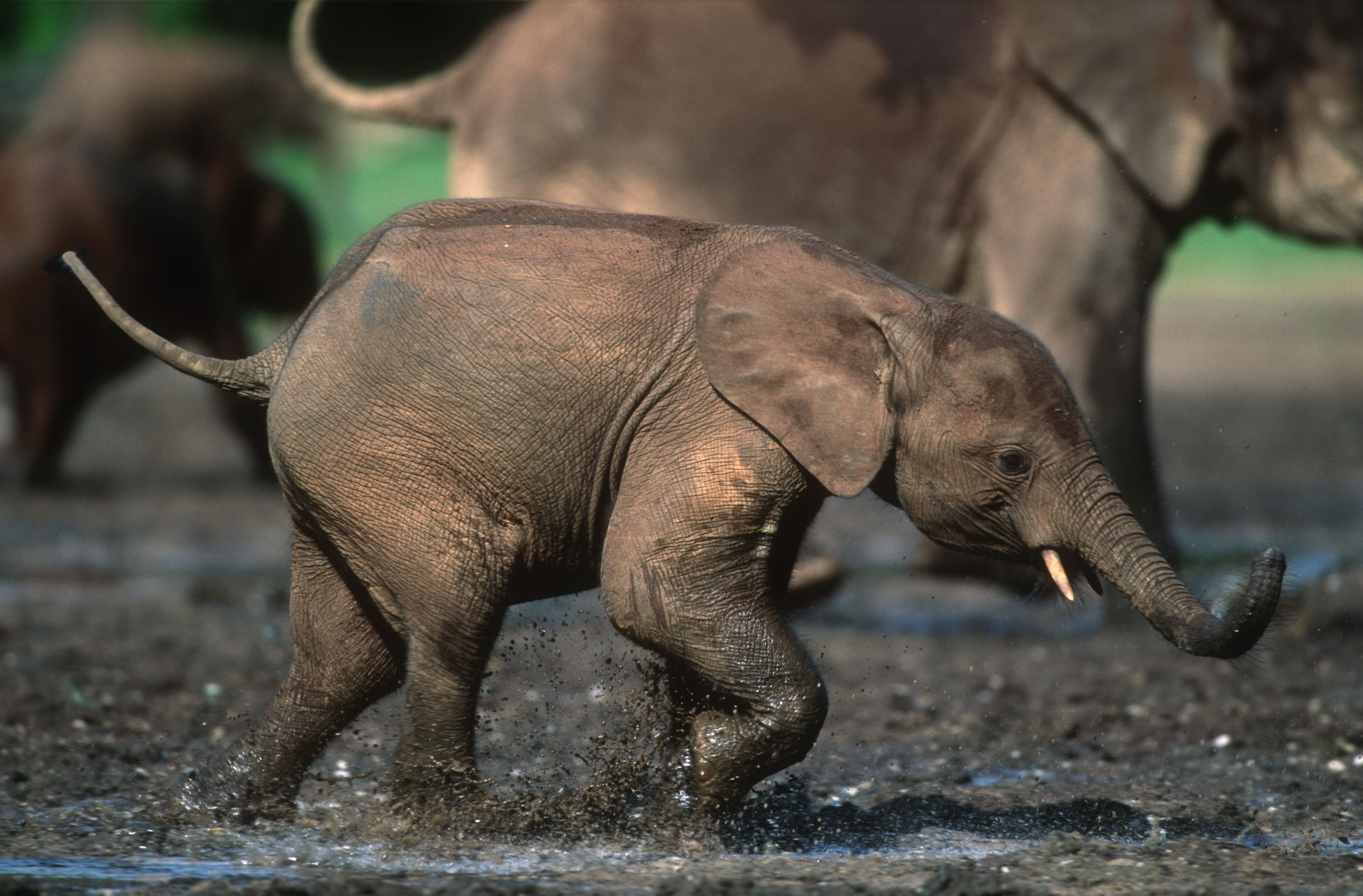 Learning about disease in the world’s most reclusive elephant:

Very little is known about the reclusive African forest elephant, the smallest of the elephant subspecies. Dr Richard Harvey spends a considerable amount of his time tracking and radio-collaring these enigmatic animals in the thick forests of countries like Cote D’Ivoire and Gabon. They are surprisingly good at concealing themselves amongst the trees, but thanks to teams like those with which Dr Harvey works, satellite tracking is giving conservationists a better idea of where the elephants are, how they are using the remaining remnants of forest, and just how few there are left. The information can also be used to make sure anti-poaching teams are deployed as effectively as possible.

Surveying these Endangered elephants for disease is going to be an important next step in the race to save them from extinction. Not much is known about the health of any of the wildlife in these forests, which also harbour some of the world’s most feared viruses, including Ebola and HIV. Sadly, what little we do know has mostly been gleaned from primates captured for the illegal pet trade.

The current global pandemic has shown us how critical it is to control disease at the interface between people, wildlife and domestic animals. ForEndangered species, it is vital to be able to distinguish between endemic disease in an animal population, and new emerging infectious disease. That means understanding what diseases are affecting them now, or might do so in the future, and how any risks can be mitigated.

Opportunities to collect biological samples in the wild are relatively rare, so the chance to collect tissue, blood, faeces and ticks is not to be missed. Blood samples are already being routinely collected by field staff and vets, so that they can carry out DNA analysis that will help them trace the origins of any confiscated ivory.  When in the field tracking and fitting radio collars to elephants, Dr Harvey will be collecting as much additional data and samples as he can. The long term goal is to analyse these samples to determine what diseases the elephants have been exposed to. Multi-disciplinary teams will then use the results to begin to build a picture of how disease is affecting elephants in these areas, which can in turn inform management and protection strategies.

As the project develops, the plan is for samples to be added over time from collaring operations covering a large part of both forest and savannah elephant ranges, significantly increasing the understanding of disease in all African wild elephants and how it can be mitigated.

While Dr Harvey has now managed to get back to the forests of West Africa, he had to adapt to the limitations of desk-based disease research during lockdown. We look forward to seeing the project develop next year – funding permitting – as part of a long term commitment to integrate the disease status of African elephants into plans for their conservation.

It is always challenging to embark on disease surveillance for a species, or sub species, about which very little is known. It can seem like an overwhelming task. And yet in the long run understanding the disease threats they face can make all the difference, in terms of avoiding or mitigating infection, and ultimately to the survival of the species.

WVI has been involved in pioneering projects investigating the health of Amur tigers and leopards in the Russian Far East for two decades now, and in that time there have been a number of critical breakthroughs which have gone on to inform their conservation. A new disease-carrying tick has been discovered; the threat of canine distemper virus is now being actively investigated across all tiger range states after it was first identified in Russian tigers; the most comprehensive disease risk analysis for any big cat has been produced ahead of a planned Amur leopard reintroduction; and the impact of inbreeding in small populations is now better understood. It is all part of putting good veterinary science at the heart of conservation.