An interview with Dr John Lewis 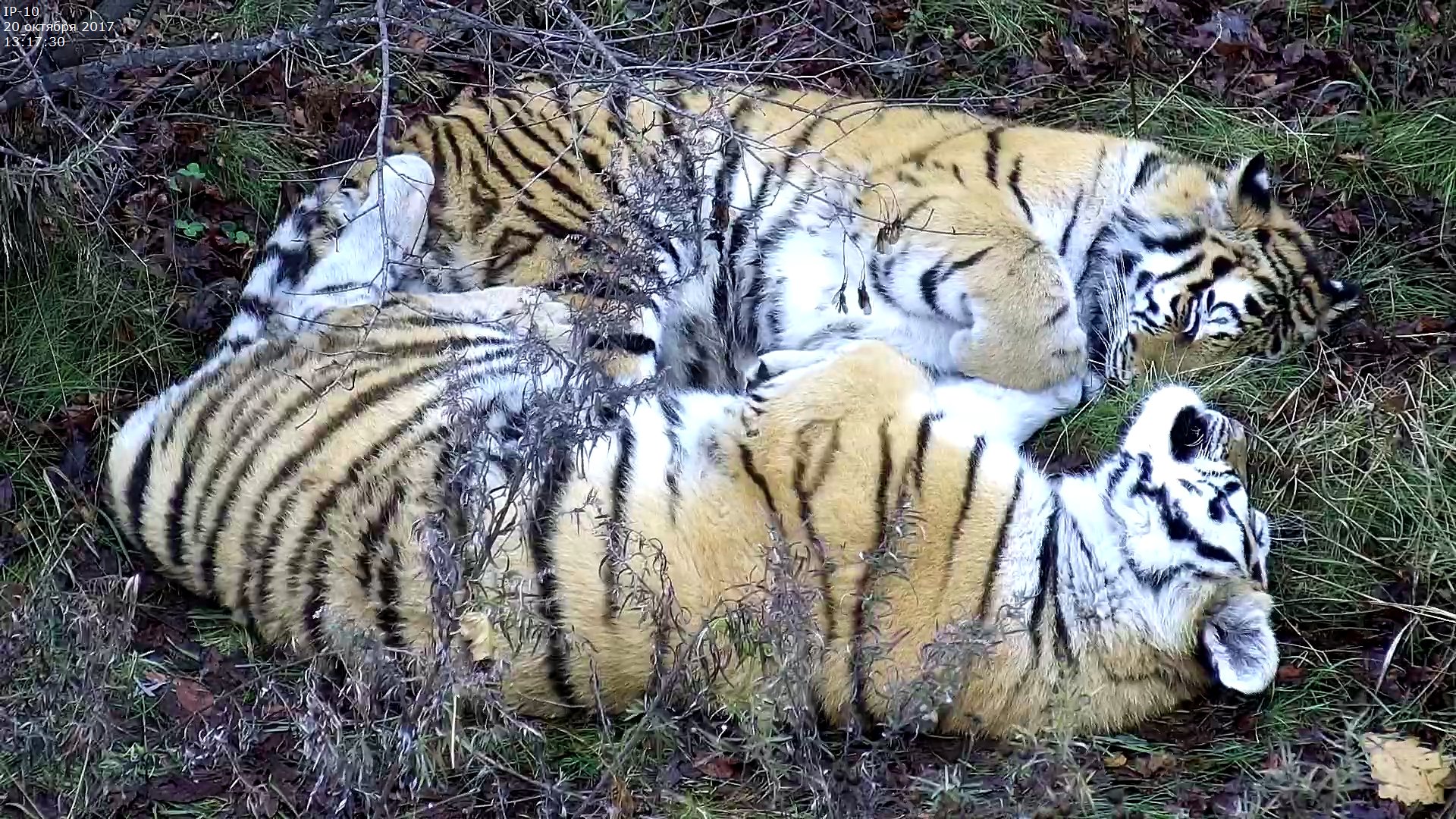 As the BBC and David Attenborough have kindly advertised how wonderful tigers are in the last Dynasties episode, we thought we would chat to big cat vet Dr John Lewis about his recent trip to Alexeevka in the Russian Far East to help an amazingly dedicated team working to save the critically endangered Amur Tiger and Amur Leopard.

Hi John and welcome back.  Can you tell us about the centre that you work with in Alexeevka and what the aim of the centre is?

About 30 years ago the possibilities of rehabilitating orphan tigers were non-existent and most biologists would say not necessary.  It takes a huge amount of money to take an injured animal and make it better, and reintroduce it to the wild.  And the dangers are, that tigers going through that process begin to associate food with people and clearly that is a bad trait to have when you release them back into the wild. It’s a very tricky process.

Alexeevka have done it in an extraordinarily professional way. It’s not a centre that the public go to, or TV crews, in fact very few people go to it.  Exposure to humans is kept to an absolute minimum.  The animal enclosures are designed so there is very limited contact with people.  Most of the monitoring of the animal is done by CCTV.  The staff even leave the centre when tigers are most active, during the daytime.  They have a monitoring station ½ km away so they can sit there, at a desk, watching all the tigers without being on site.

So they are treating and rehabilitating tigers or leopards that are injured or ill?

‍Or orphaned.  And they release them back into the wild, which is always the aim, and their success rate for release is around 50%.  That might sound low, but actually I consider that high.  You should see some for the injuries they come in with?

Why is it so important that they are released back into the wild?

‍If you go back to the beginning of the 20th century, there were probably around 100,000 tigers, in the wild.  That’s a healthy population.Now we have around 3500.  That is the total number of all tiger subspecies, in all range states, in the wild.

The Siberian or Amur Tiger went down to around 50 animals in the wild in the 1940’s.  Today, because of increased protection and awareness, that is up to about 350 individuals, living in the wild in an area of around 200,000 square km.

‍But the number of individuals does not give you the whole picture. The questions we have to ask are: Is that number increasing or decreasing? What is the age structure; are they all old animals, are they all female, because that really tells about the health and vulnerability of that population. So the numbers themselves, don’t give you the whole story.  The tiger numbers in Russia are relatively stable, but with only 350 that is a precariously small number for any species.

‍What about the Amur Leopard – the numbers are even less, aren’t they?

‍They are.  Around 10 years ago there were thought to be around 30 animals left in the wild.  The numbers have crept up with increased protection, in a certain part of their range known as “Land of Leopard”, so the numbers may well be around 90 now.  That is good news, of course, but the genetics of that are not ideal.  If you have expanded a population from 30 to 90 there is bound to be limited genetic variation.  The other problem is they are all in a relatively small area, around the China and North Korea border.   If you have diseases going through the leopard prey species, diseases like Foot and Mouth or swine fever,and if you get a bad outbreak of either of those diseases, you will lose the leopards. So yes it is good that the numbers are going up, but they are all in one place and they are vulnerable.  Vulnerable to genetic impact and vulnerable to diseases in prey.

‍Tell me about your most recent trip John, funded by WVI?

‍I go twice a year, and I help them on the veterinary side. Usually, I sit down with the staff and go through each clinical case that has gone through the centre, look at X-rays, analyse their treatment plan etc.  This time there was a really unusual case involving a female tiger that had been brought in. The tiger had been behaving oddly and hanging around the village and eating dogs.  She was brought in, and a month or so later they brought her cubs in as well.  The cubs were fine, but the adult female was behaving very oddly.  She did not appear to be scared enough of people, at least sometime she was and sometime she wasn’t. Tigers that aren’t scared of people are potentially very dangerous.  We watched an awful lot of video of this tiger to discuss why she was behaving like this and whether she was afraid enough of people to release her back into the wild, and in the end we decided she wasn’t.

‍So what will happen to her?

‍Well she will certainly stay at the centre until her cubs are released, and then we have to make a decision about whether she is suitable for long term captivity.   If she is, and I think ultimately she will be, she will then go and join the European Zoo population.  Her genes might be terribly important, being a wild female, and a known successful breeder.

You really want to return every tiger to the wild, but this one can’t go and the decision has now been made.

‍You also went to Russia to talk to the team there about a new project you are working on?

‍Yes, I wanted to show them a website I’m developing called the Wild Tiger Health Centre.  As I get older, I’ve realised that I would like to share my experience and contacts in the tiger world, before that knowledge and experience disappears.   So what I’ve decided to do is establish a website for field biologists and field vets who need a resource on a huge range of aspects of veterinary medicine as it applies to wild life.  For example, what are the diseases of wild tigers? How do you post-mortem a wild tiger, what tests should you do, what poisons are used in wild tigers and can they be reversed?  Who is out there working with tigers?  A contact list for all the people out there working with wild tigers is a very useful resource.  The website will be there to provide all the base line information needed for veterinary activities to support tiger conservation.

‍The team at Alexeevka were very willing to help. I was really pleased as generally in Russia people are very cautious about releasing information.    I asked if I could share plans of their centre, their rehabilitation protocols and photos of the centre on this website.  They not only said yes but also offered me a training video they are making, to show people how to assess a tiger’s hunting skills before its released. When I arrived to tell them about the site, I thought they would be rather reticent and I came away with a lot more than I bargained for.

‍Finally John, a word on why your work with Alexeevka and trips like this, sponsored by WVI, are so important.

‍Tigers are so rare now,that rehabilitation of injured and orphaned tigers is really important.  The team at Alexeevka are developing the skills that we need for tiger rehabilitation. They are really cutting edge. But they need experienced veterinary in putto be able to develop this work further, and that’s where I can help them, and that’s a real pleasure for me.

‍A successful trip all round and all sponsored by WVI and your donations.  John is hoping that the wild tiger health centre website, when up and running can be used as a model for other communities of vets and biologists working with other critically endangered species.

Thanks must go to the following for their long term support of John’s tiger conservation work:

“The value of long-term funders like the BCS / ZSH is that it makes planning ahead and budgeting for long term projects far easier. Most of the projects I am involved with are long term, and although one-off donations are immensely valuable, to have the reassurance that these organisations are init for the long term as well gives me the continued support necessary for meaningful delivery of service.” Dr John Lewis.