Pine Martens Prepare for a New Life in the Wild 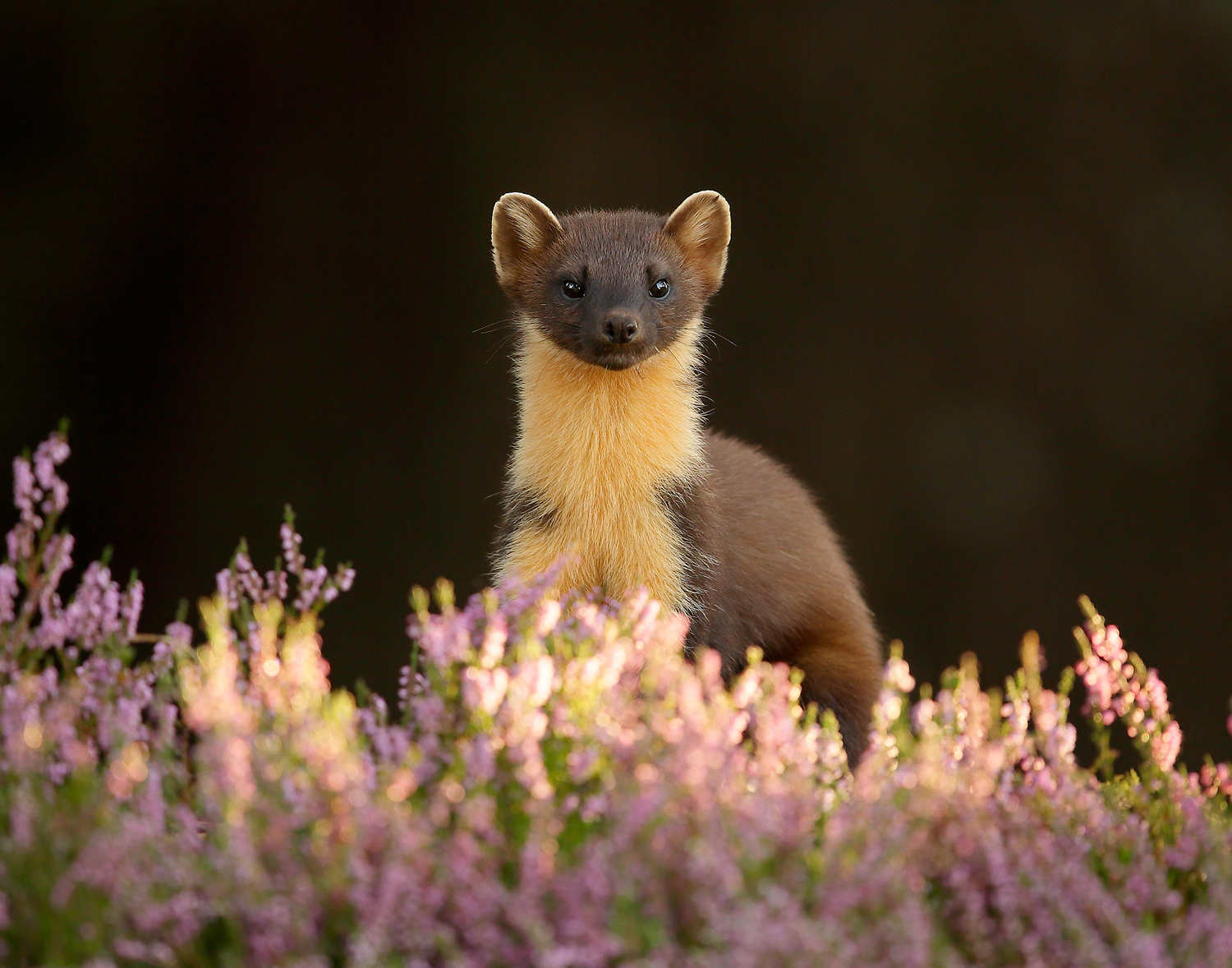 Today captive-bred pine martens in Wales have been getting ready for a big adventure. Dr John Lewis, with funding from WVI, has been carrying out health checks and fitting radio collars ahead of the release of the animals into the wild at the beginning of July.

Although wild Scottish pine martens have already been successfully translocated to Wales, this will be the first time that captive bred animals have been released. The four animals involved in this pilot study will hopefully not only speed up the re-establishment of the species in Wales and boost genetic diversity, but also provide useful insights into how captivity may affect the survival of the martens in the months and years following their release.

The radio collars will allow the pine martens to be tracked for six months. Meanwhile, the haematology, biochemistry and viral content of the blood samples collected during their veterinary checks will be fully analysed. In addition, faecal samples will be screened for evidence of any viral material. The animals have also been categorised by researchers according to their personality, and in particular their level of ‘boldness’ in response to various non-edible and unfamiliar stimuli. Future study will be able to look at how personality affects their ranging behaviour post-release. Data will also be collected on their diet, nesting habits and general activity. A network of 25 nest boxes has already been set up in the release area. The impact on existing bird and mammal populations will be monitored too.

One of the principle objectives of the project is to help restore ecological resilience and strengthen the local trophic cascade by boosting a predator whose presence is known to typically suppress grey squirrel numbers. The local native red squirrel population in the Ogwen Valley and on the coastal plain of the Menai Strait is under threat from the abundance of invasive grey squirrels, which also threaten to reinvade the nearby island of Anglesey. The arrival of this new predator has the potential to stop the advance of the greys.

Anglesey is currently home to the largest red squirrel population in Wales. Pine martens tend to prey more successfully on grey squirrels than red, although the inter-relationships between the species arenot fully understood. They may for example affect the incidence of viral infections in their prey species, which is an important area for disease investigation.

Putting the project in a wider context, better understanding of how captive bred carnivores adapt to life in the wild has the potential to inform similar future initiatives. The release of captive bred animals can for example be the best way to respond to a sudden decline in a species in the wild.

The release of the first four captive bred martens is the first stage of a longer term project called Magical Mammals which is planned to start in 2021 and hoped to run for five years. Its focus will be on the joint conservation of pine martens and red squirrels in North Wales.

The pine marten was once the second most common carnivore in the British Isles. But as a result of deforestation, persecution and hunting their numbers had dropped dramatically by the end of the 19th Century. The current initiative is a collaboration between the Red Squirrel Trust of Wales, the Zoological Society of Wales, Wildwood Trust and the Welsh Mountain Zoo. WVI is providing the veterinary support.

The bolstering of the pine marten population in Wales complements the previous work of the Vincent Wildlife Trust in translocating 51 Scottish pine martens to new habitat in North Wales between2015 and 2017, a project for which WVI also provided the veterinary support.

If you would like to donate to support the veterinary work involved in this project or any of our other initiatives, click on the donate button at the top of the page. Every donation, however large or small, helps us put quality veterinary science at the heart of conservation and save more species.