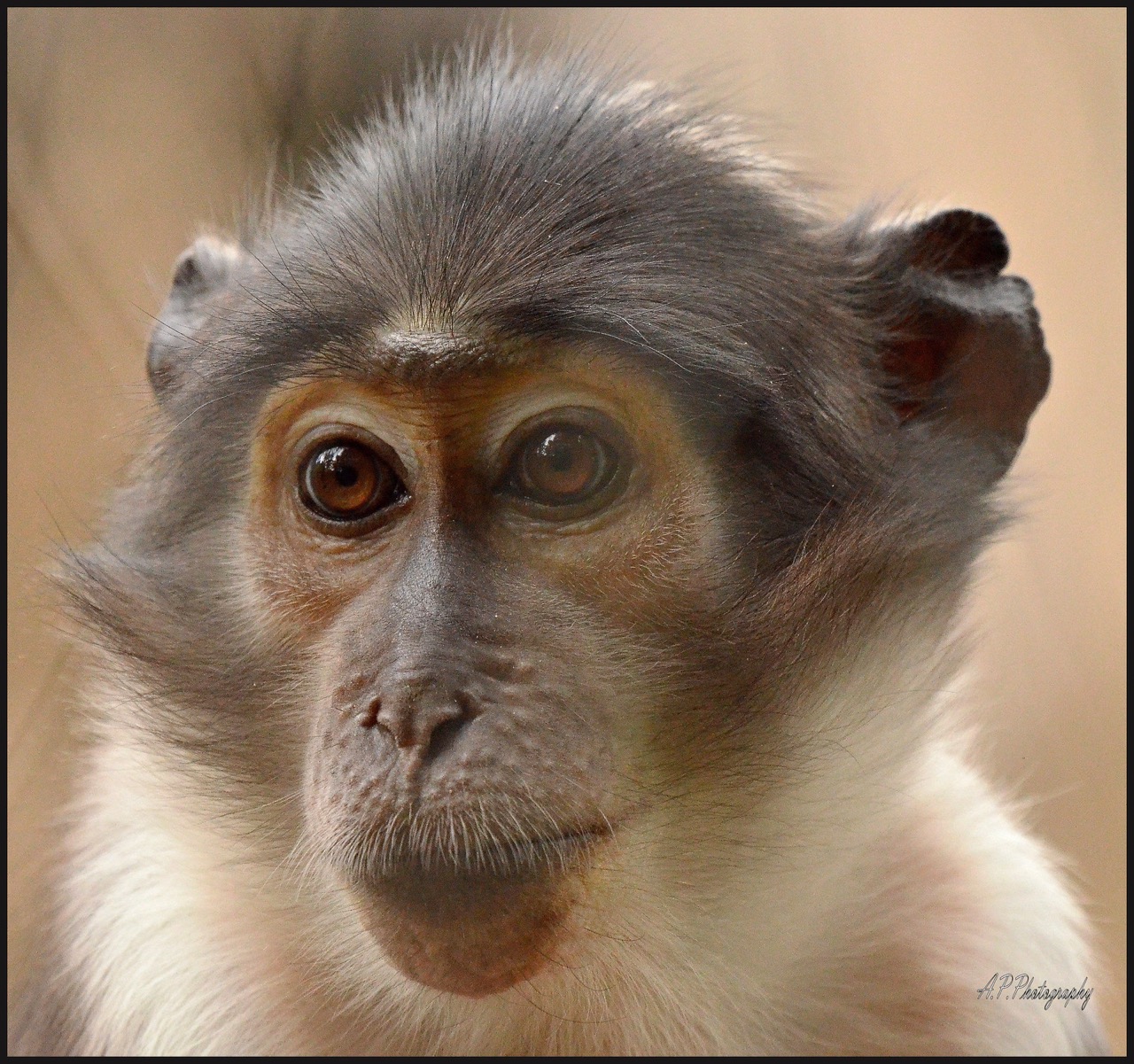 “Personally, I think this is a brilliant project, and very achievable. This is a species which is now really at risk of extinction. It’s about veterinary training and education, as well as ground-breaking epidemiology. We could gather all sorts of virology information on mangabeys – something that has just not been done before. And it’s got that rare element –the possibility of being able to return captive animals to the wild.”‍

The Covid-19 pandemic might have stopped our vet teams from getting out on the ground with our project partners in recent months, but there’s still been plenty of progress behind the scenes. Earlier in the year, we reported on a new initiative in Ghana looking at the possibility of releasing captive white-naped mangabeys, an Endangered primate, back into the wild. Since then, plans for our collaboration with West African Primate Conservation Action (WAPCA) have really begun to take shape, thanks to some great collaboration between Matthew Rendle RVN and WAPCA project manager Andrea Dempsey. WAPCA does marvellous work with both wildlife and people to the benefit of all, and we are very excited to be able to help with the training and disease investigation side of this project.

In some ways, Matthew feels, the pandemic has been an opportunity:

“Covid has actually given us time to talk through the details of the logistics in a way we might not have been able to do under normal circumstances – and that can only be good when we come to roll things out on the ground.”

There is now wide-spread support for the initiative, not just from WAPCA but also from Ghana’s Head of Forestry and the Ministry of Agriculture, as well as the local vets who currently look after the mangabeys at WAPCA’s centre within Accra Zoo, and at Kumasi Zoo, 250km inland from the capital. The aim is to establish the feasibility of releasing an initial group of eight or nine mangabeys back into the wild. These animals are currently housed at Kumasi and the veterinary staff there are very enthusiastic about the zoo’s potential to become a pre-release holding site for mangabeys coming from other places in the future.

A lot of careful ground work needs to be done first, including the production of a comprehensive Disease Risk Analysis (DRA) to make sure that the mangabeys would neither be likely to introduce new diseases at the release site, nor to contract them from existing wildlife. Little is known about diseases that affect mangabeys and another essential part of the process is to make sure the logistics are in place to export CITES samples from the captive mangabeys to accredited testing facilities. The samples will then be stored by WVI and go towards the creation of a database for the species, which will be available to anyone working with them in the future.

While the DRA is being compiled, Matthew will be helping WAPCA with the production of some bespoke veterinary protocols.  Discussions with the vet team about the recent death (from a suspected viper bite) of a founder male mangabey, who was of significant genetic value for captive breeding, highlighted the need to get a more robust post mortem protocol in place, for example. Reliable post mortem results will be an important element of the future database.

Matthew hopes to be back in Ghana early next year to provide initial in situ training. In the meantime, as well as developing the new post mortem protocol for the vets to use straight away, he is also proposing the creation of a ‘traffic light’ system for assessing how suitable any individual mangabey is likely to be for successful release into the wild. When numbers of any species get critically low, every individual becomes important to its survival, but not every animal will be suitable for a return to the wild. A young newly-orphaned animal which is not allowed to become habituated to humans will, for instance, have a much better chance of survival than a pet which has spent ten years in a family – and WAPCA receives both.

Meanwhile, back in Ghana, a new quarantine facility is due to be built at Accra Zoo, which will protect any newly arrived mangabeys from exposure to novel diseases. Until now, it’s been a real challenge to maintain biosecurity, as there are many rescue animals of different species coming and going from the zoo, and keepers and visiting members of the public are also in close contact.

Consideration is also being given to where a release might eventually take place. There is plenty of prime habitat available, but the best option might be to release the animals in areas where mangabeys were previously found but have disappeared in the last ten years. These would be suitable habitat but would avoid the need for integration with existing mangabey social groups.

WAPCA plays an important role in the local community too. Andrea has been instrumental in setting up an initiative to produce organic coconut oil which has created an alternative source of income and is helping empower local women. A system of Forest Wardens is also now in operation, to help control illegal poaching and protect the remaining habitat against biodiversity loss. Initiatives like these are vital components of a more holistic approach to conservation and ending the destruction of habitat, to the benefit of both wildlife and humans.

This is a long-term project with a proposed timescale of five years. The first two years would entail establishing disease risk, followed by the possible release of the first group of mangabeys from Kumasi. Further releases would then be considered going forward and could even potentially involve some individuals currently in captivity in European zoos.

Officially Endangered, there are an estimated 1000 white-naped mangabeys left in the wild. Where they were once widespread in Ghana, Cote d’Ivoire and Bukina Faso, they are now found only in increasingly isolated pockets of forest. Their decline over the last forty years is due largely to deforestation and hunting. When animals are confined to small islands of habitat, an outbreak of disease can quickly wipe out a population.