The Tale of a Tail Part 2 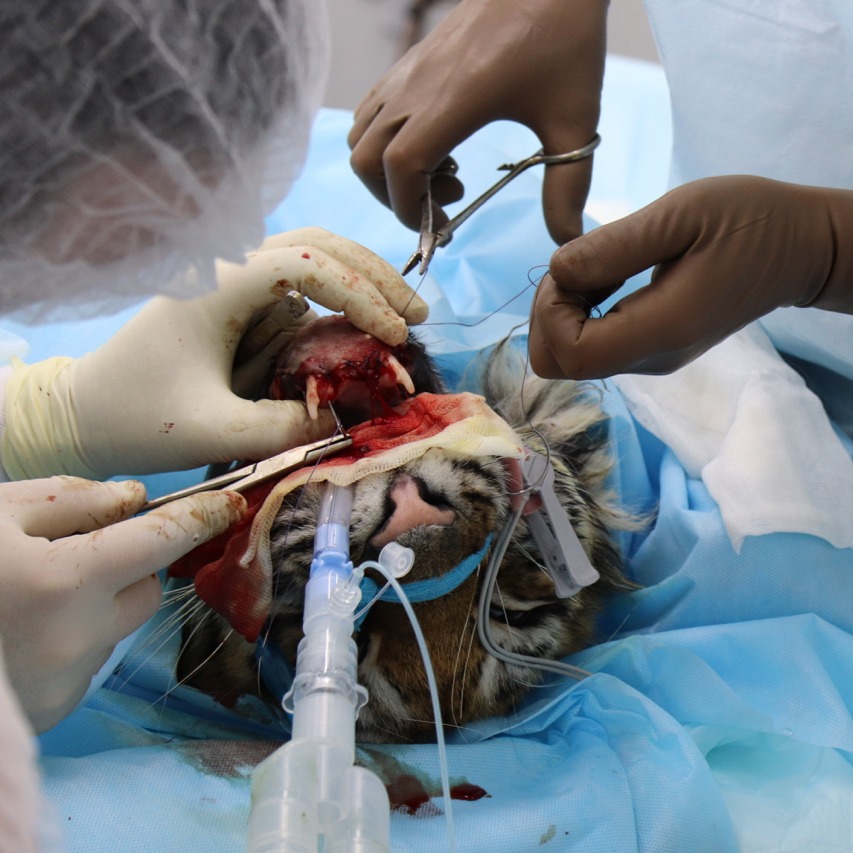 The feisty little Amur tigress whose progress we’ve been following has been under anaesthetic again, for a second tissue graft to her lower jaw.

Although the first graft resulted in some tissue growth over the exposed bone, it wasn’t enough to resolve the problem. So human trauma surgeons Nikita Vereshchak and Andrey Prodan once again joined the tiger centre veterinary team, while Mikhail Goncharuk oversaw the anaesthesia, and a second attempt was made to repair the frostbite damage.

This time, the surgeons took a flap of skin from the area over the cub’s scapula and repeated the procedure to attach it to her lower jaw.

The operation went well and following a further post-operative check-up, the prognosis is positive. She is lucky to be in the care of such a skilled and dedicated team. We have our fingers tightly crossed for a good long-term prognosis.

Read more about the cub’s story so far here.

If you’ve been following us for a while, you’ll remember Wolverine the tiger cub who was treated at the tiger rehabilitation centre this time last year. Nikita and Andrey also performed his ground-breaking reconstructive surgery, which enabled him go on to make a great recovery from some very serious injuries.

A special thank you to Ksenia Goncharuk for the fantastic photos.