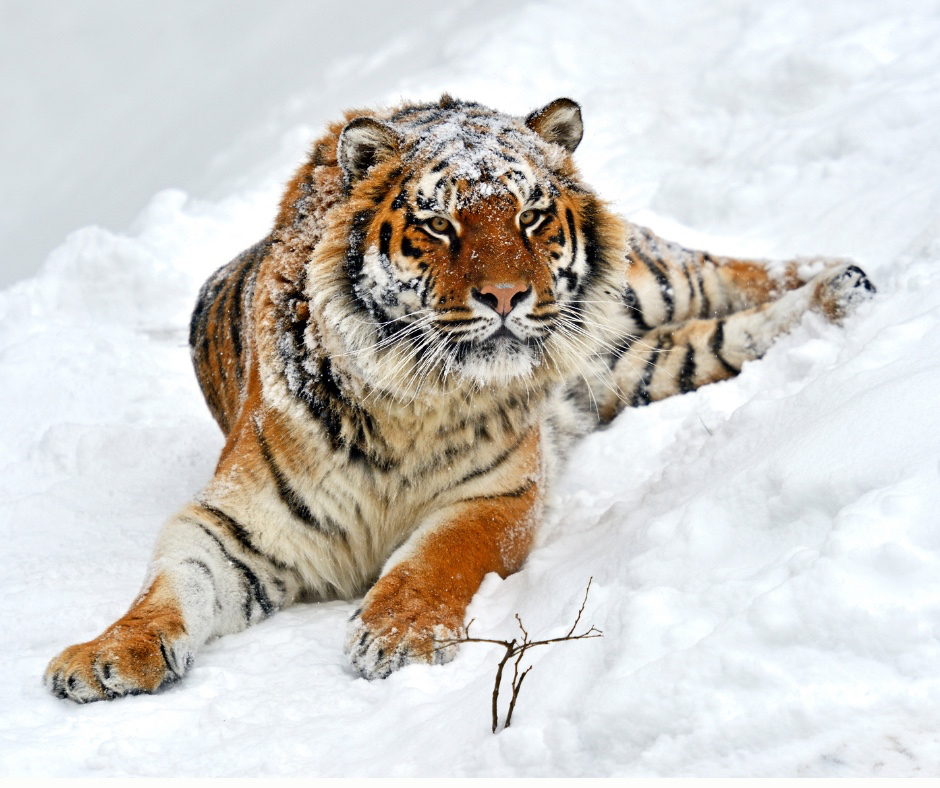 Galia was a wild Amur tiger, living in the deep and often snowy forests of Primorsky Krai, in the Russian Far East. She had been named by researchers from the Wildlife Conservation Society who been studying her for eight years when, in 2010, she suddenly appeared on the main street of the remote village of Terney. She was emaciated and displaying abnormal neurological signs, and seemed strangely unfazed by her unfamiliar surroundings. After several attempts to capture her failed, she was eventually shot by police in the interests of public safety.

For those working at the WCS base in Terney, right in the heart of Amur tiger territory, Galia’s death and the circumstances surrounding it raised important questions.

What had brought her into the village, and why was she acting so strangely? In fact, she was not the first tiger to have behaved in this way. Back in 2003, a tiger, who came to be known as Morka, had walked into another Russian village, showing no apparent fear of people. On that occasion the animal was successfully immobilised and taken into specialist veterinary care, but despite being hand fed and carefully monitored for weeks, she gradually wasted away. In the intervening years, there had been various other reports of disorientated tigers entering villages or holding up traffic on major roads.

An answer came in 2011, when DNA sequencing of samples from both Galia and Morka confirmed suspicions that both animals had been infected with canine distemper virus (CDV).

If you’re a dog owner, you will know of CDV as part of their annual vaccination schedule, and for many years it was believed to be a disease that was more or less confined to domestic canines. However, in recent decades, the virus has spilled over into more and more wild carnivore populations including lions, painted wolves and even seals. Its emergence as an infectious disease in tigers in the Russian Far East sparked new concerns which have initiated urgent research in other tiger range states. There are fears that CDV infection is now present across the tiger’s range, with confirmed cases in India, and suspected cases in Sumatra and Malaysia.

While CDV is now acknowledged as a disease of major concern to wildlife conservation worldwide, its impact can be particularly devastating where numbers of an Endangered species, like the Amur tiger, are low and the animals exist in small pockets of fragmented territory. Recent modelling has demonstrated that for a small population of Amur tigers, the presence of CDV can increase their chances of extinction over time by as much as 56%.[1] One of the reasons why CDV can have such a disproportionate impact on Amur tigers is that they breed later in life and at wider spaced intervals than other cats, like cougars or leopards, making it harder for them to compensate for greater adult mortality.[2]

But how do tigers become infected with CDV in the first place? In the Russian Far East they share their territory with a wide range of susceptible carnivore species – including bears, martens and wolves – all of which can act as hosts for the virus. It is probable that tigers become infected through contact with and consumption of infected prey. Small to medium sized mesocarnivores are particularly likely to play a role in transmission, along with free-roaming domestic and feral dogs.

So, if you’re a tiger biologist or vet working in a tiger range state, where do you go when you need accurate and up-to-date information on something as fundamental to wildlife conservation and disease management asCDV? If you’re based in a remote corner of tiger territory and don’t always have the opportunity to travel to international CPD events or conferences, or you simply can’t afford a short-run, expensive textbook that soon goes out of date, where do you turn? Since Covid-19 struck, with restrictions on international travel, that question has become even more relevant.

The answer is the Wild Tiger Health Centre (WTHC), an online resource set up the by the late Dr John Lewis, world renowned big cat expert and WVI co-founder. Right now, the two most popular search subjects on the website are CDV and Covid-19, and just two clicks in will take a user straight to a wealth of invaluable and authoritative information on either.

Of course, it doesn’t stop there. Launched in 2019, the WTHCis a one-stop-hub for tiger specialists looking for the most up to date advice, not just on tiger disease but on everything from how to deal with conflict animals and field anaesthesia, to clinical diagnostic guidance and rehabilitation techniques. Just a decade ago, global internet access wasn’t sufficiently developed to make this kind of project universally accessible. But that’s changed. This is a resource that’s constantly evolving, regularly updated and free to those who need it. It’s designed to build connections between tiger vets and biologists working in the field in all tiger range states, as well as those working in ex situ research.

Dr Lewis described the WTHC as his legacy to tiger conservation, and, thanks to his vision, it is already a unique and invaluable resource for those working with the big cats. By pooling global expertise, not just on emerging disease but on all veterinary aspects of tiger conservation, and making it easily accessible, the WTHC has the potential to increase the capabilities and knowledge of all those using it – to the benefit of both tigers and the people striving to protect them. In future years, we hope it will become a model for online veterinary support for other Endangered species.