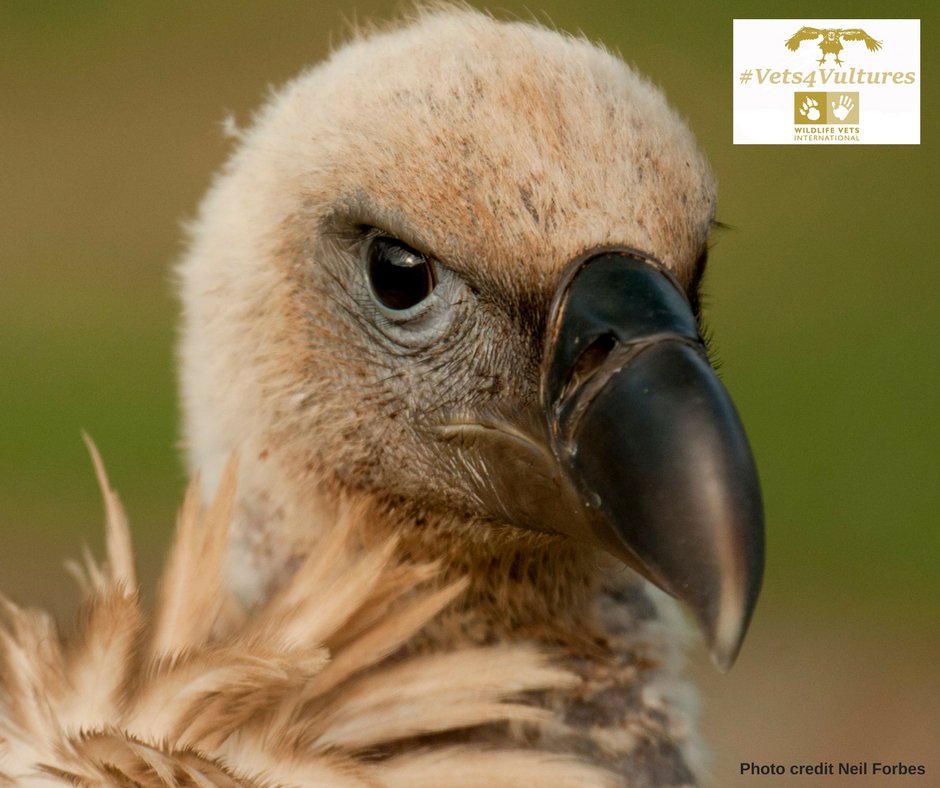 On Friday 21st June BBC news is reporting that over 500 vultures in Botswana have died after feeding on three poisoned elephant carcasses. Poachers are known to deliberately poison carcasses in an attempt to stop circling birds drawing attention to their presence. This makes it less likely that anti-poaching patrols will be alerted and get to the location in time to track the perpetrators.While the loss of the elephants is very sad, the loss of vultures on this scale is devastating. The 537 vultures that the Government of Botswana has declared to have died include 28 hooded vultures and 17 white headed vultures; both of these Critically Endangered species are predicted to go extinct within seven years. In addition, a shocking 468 Endangered white backed vultures have been lost, as well as 10 Endangered cape vultures and 14 Endangered lappet faced vultures.

Why do vultures matter?  On closer inspection, these too-often maligned birds have a number of endearing features, including mating for life and sharing care of their offspring, as well as socialising in large congenial groups. But most importantly they are an essential part of the food chain. By scavenging on dead animals with remarkable efficiency (reputedly gulping down around a kilo of meat in 60 seconds) they keep insect populations under control and prevent the spread of disease – to other wild animals, livestock and people.

But their numbers have fallen dramatically over the last 30 years, with many species now Endangered or Critically Endangered. The main threats they face are malicious poisoning, as in this case, accidental poisoning, being caught or injured by an ever-expanding network of electricity pylons, and their continued use in‘traditional’ medicine.

At WVI we believe that more urgently needs to be done to save these often misunderstood and underappreciated birds. In 2018 we expanded our raptor rehabilitation work to support the training of local vets in South Africa in advanced avian orthopaedic surgery techniques, and the enhancing of their ability to provide first aid to birds suffering from poisoning, electrocution and other injuries.A highly experienced vet and vet nurse team were able to help nearly 50 vets,as well as over 40 more general rehabilitators, by teaching them new and improved ways to manage patients, as well as giving hands-on surgical instruction. When species are as threatened as the hooded and white headed vulture every individual’s life matters more than ever, and even those which may never be fit for release back into the wild can take part in captive breeding programmes, making their treatment and recovery an important conservation tool.

The news from Botswana underlines just how critical this work is. The vet team who carried out last year’s workshops in South Africa have already received requests for similar initiatives in Bulgaria, Kenya, Jordan – and Botswana, so we expect to be expanding this work in the near future. Keep an eye on our website for more details.