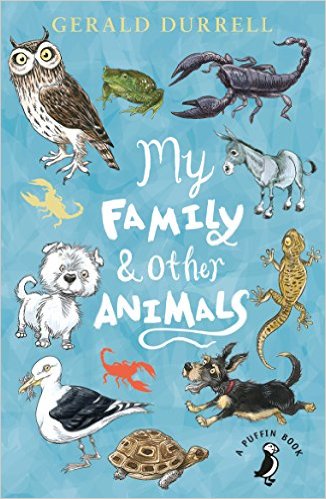 As a change from the norm, to celebrate World Book Day's 20th birthday, we thought we would bring you the book choices of our Patrons, Trustees, vets and associated staff.

I, Olivia, will kick this off with confessing a passion for horses, passion and adventure which came together in The Black Stallion series by Walter Farley.

Patron and TV vet Steve Leonard was also transfixed by animals and adventure and has chosen Willard Price's Adventure series as his #WorldBookDay choice. Steve says he learnt so many wildlife facts (not all still true) and the best way to educate and entertain is to tell a good story. Our Veterinary Directors came to the intellectual rescue with Andrew saying his favourite book is 'One Thousands Years of Solitude' which he read in Spanish - is there no end to his talent? Dr John Lewis gives us The Song of the Dodo - a must read for anyone interested in the natural world. David Quammen follows the threads of island biogeography exploring why island ecosystems always suffered such high rates of extinction. Poignant as our world becomes ever more fragmented.

TV vet and WVI Patron Matt Brash explores the world of the forgotten hero of Victorian science; Frank Bucklan in The Man Who Ate The Zoo. Frank Buckland was an extraordinary man – a surgeon, a natural historian, a sell-out lecturer, a bestselling writer, a museum curator… and a conservationist, before the concept even existed. Eccentric, revolutionary, popular, prolific, he was one of the nineteenth century’s authentic geniuses. He was obsessed by food security and finding ways to feed the hungry (the book recounts his many unusual experiments), and by protecting our fisheries (he can be credited with saving British fish from commercial extinction). He was one of the most original, far-sighted and influential natural scientists of his time, held as high in public esteem as Charles Darwin. Trustee and creator of Wildlife Creations, Louise Heathcote, has given us The High Mountains of Portugal by Yann Martel. The blurb says: Lost in Portugal. Lost to grief. With nothing but a chimpanzee. To put together this article I read the first few pages of this book on Google books and am utterly hooked and have ordered the book already.Chair of Trustees and WVI Founder Sharon has nominated 'My Family and Other Animals'. What book list from an animal charity could not include this book. Gerald Durrell inspired several generations with his books and was the forefather of the responsible zoo movement. I hope you have enjoyed this personal insight into the people behind WVI and hopefully found inspiration in some of the books above. Please write and tell us your views. Olivia Executive Director

Yes, believe it or not, DCS is a very real problem for sea turtles unlucky enough to be caught in fishing nets and dragged to the surface too fast.