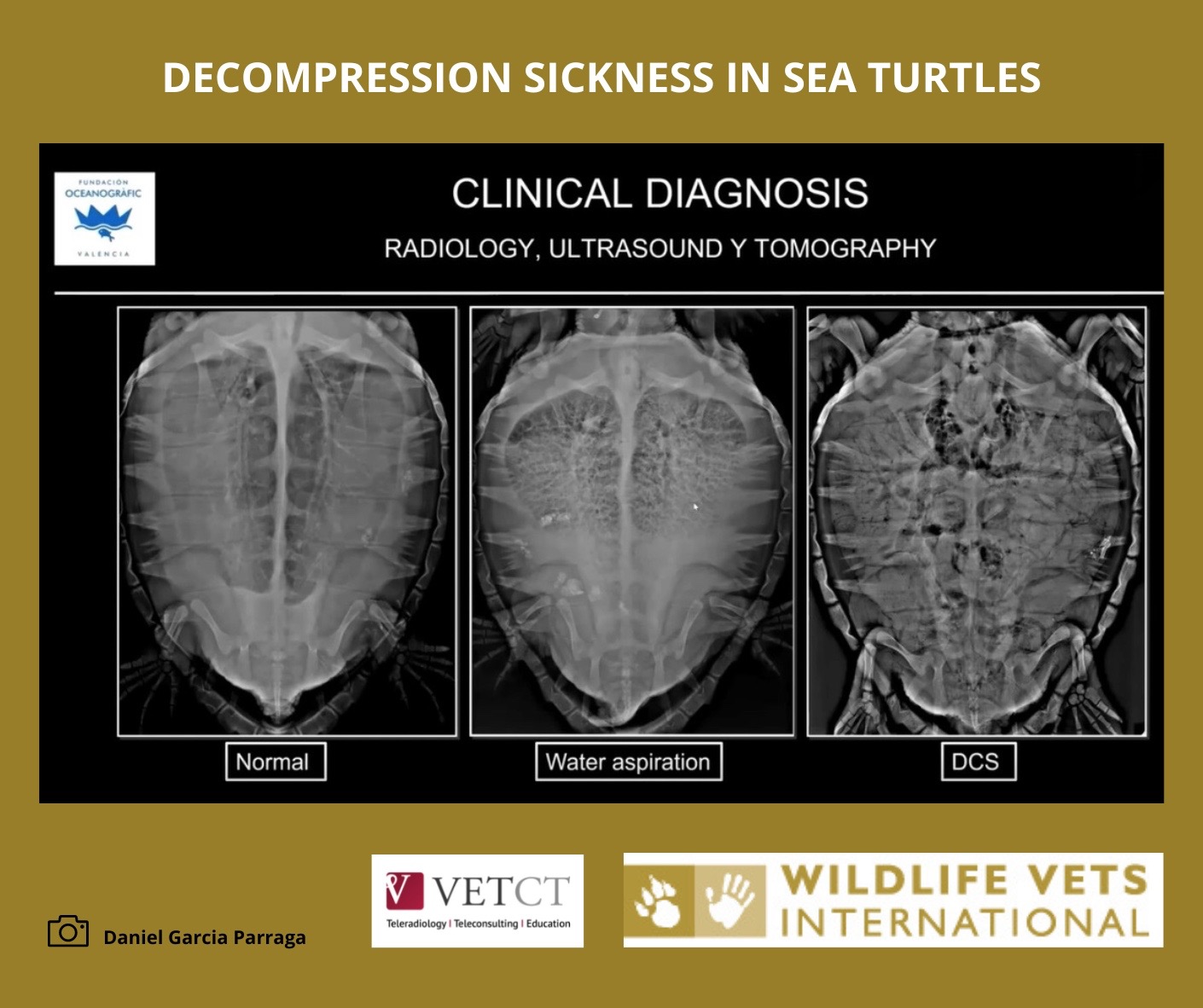 Did you know that sea turtles can get decompression sickness?

Our new corporate partners at VetCT are particularly fond of sea turtles, so together with them we’ve been taking a closer look at exactly how it is that turtles can become victims of DCS.

One of the biggest threats to turtles is getting caught in fishing nets. And that’s partly because of the high chances of getting decompression sickness as they are brought up to the surface by fishing boats.

Under normal conditions, turtles not only have the ability to become bradycardic during diving, but a shunt system in the heart means that blood does not go to the lungs. This prevents the transfer of nitrogen into the blood which would happen in anything more than atmospheric pressure.

When the turtle is caught in a net, the resultant stress and activity mean the animal becomes tachycardic and the shunt no longer functions. Atmospheric pressure then forces nitrogen into the bloodstream and organs. As the turtle is brought to the surface, the pressure decreases, and the gas comes out of solution. Bubbles are formed, causing blockages (embolisms) and potential damage to organs.

Pioneering work by our colleagues at Fundacion Oceanográfic confirmed the reality of decompression sickness in turtles during research into turtle bycatch by fishermen off the coast of Valencia in Spain.

The nitrogen bubbles can be seen by X-ray, CT scan and ultrasound once you know what you are looking for. The graphic shows x-rays of a normal turtle (left),  a drowned turtle( centre) and one with extreme gas embolism (right).

The first turtle known to be suffering from decompression sickness was cured in an autoclave!

Once the turtle was stabilised and breathing on its own, a spectacular piece of lateral thinking by the team at Fundacion Oceanográfic saw them squeeze the young loggerhead with gas embolisms into their autoclave.

When it comes to DCS, there are no protocols for any species other than humans, so the team followed those as they tried out this homemade hyperbaric treatment using pure oxygen. The results were promising; after five hours the turtle had reabsorbed most of the gas. For the first time, the reality of decompression sickness in turtles had been demonstrated.

Fortunately, the team publicised their findings widely, and further up the Spanish coast Fundaçion CRAM, with the help of turtle vet Tania Monreal (of the International Zoo Veterinary Group), had their own decompression chambers built.

In this clip, Tania tells TV vet Emma Milne about decompression sickness in turtles as they stand by CRAM’s decompression chamber. This one is big enough to accommodate the largest of loggerheads! https://bit.ly/3oFLmQi.

Their findings were subsequently published in Diseases of Aquatic Organisms, October 2014(chrome-extension://efaidnbmnnnibpcajpcglclefindmkaj/https://www.int-res.com/articles/dao_oa/d111p191.pdf)