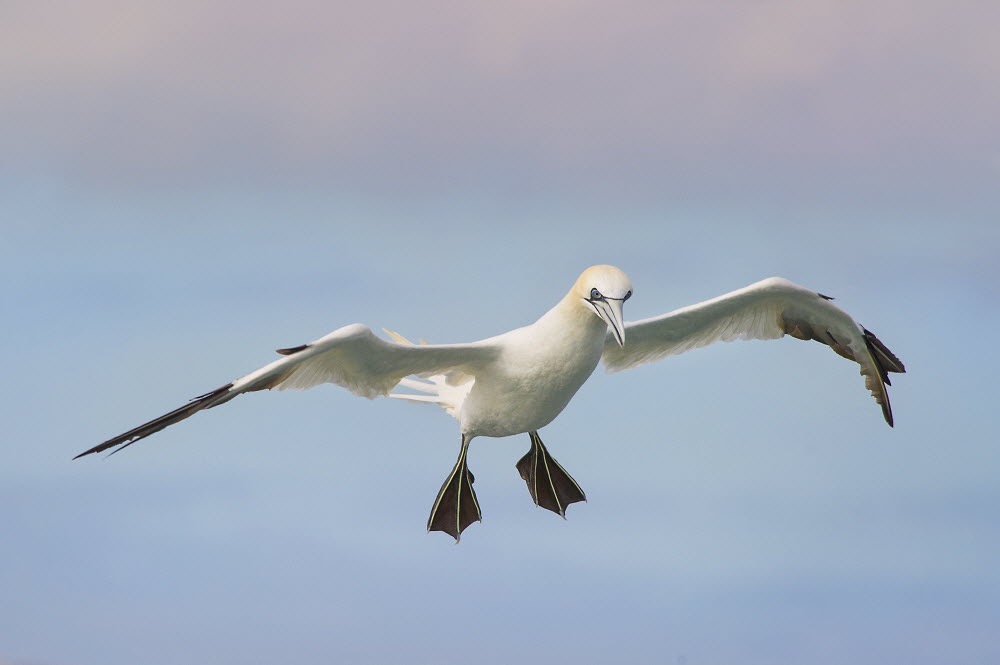 “We feel powerless. We can only watch and monitor the passage of the disease as it spreads through the colony.”

The words of Susan Davies of the Scottish Seabird Centre, as bird flu hits the world’s largest gannet colony on the nearby Bass Rock in EastLothian. Read the full story here: https://bbc.in/3c1yktt

The UK is in the throes of its largest every outbreak of avian influenza, which has already resulted in the death of hundreds of northern gannets that have been washed up close to the Bass Rock. It’s also affecting birds in Shetland, where 1,000 gannets and hundreds of great skuas have died. The disease has recently been recorded in the St Kilda archipelago too, which is home to the UK’s largest colony of Atlantic puffins. And in the last few days it’s been confirmed on Rathlin Island, home to Northern Ireland’s largest seabird colony.

Although the northern gannet is listed as a species of LeastConcern by the IUCN, this kind of disease outbreak, which is rapidly claiming the lives of so many birds at the height of the breeding season, is a reminder of just how devastating such an event can be. It also underlines how very hard it is to stop an outbreak once it has started, and highlights the importance of wildlife disease surveillance; identifying threats and, wherever practical, putting in place measures to mitigate them when we can, so that we can stop disease taking such a terrifying hold.

Sadly, in this case it’s hard to see what mitigation measures could have made a difference, but fortunately that’s not always the case. In the long term it’s important that work is done to understand as much as possible about the mechanics of this outbreak so we can be better prepared to protect other more threatened species.

In the meantime, our thoughts are with all those at theScottish Seabird Centre and others dealing with this devastating disease.

Disease surveillance for endangered wildlife is at the heart of what WVI does. It is a vital component of conservation efforts to save endangered species. To support this kind of work, please consider making a regular gift, or sign up to our Wildlife Lottery.