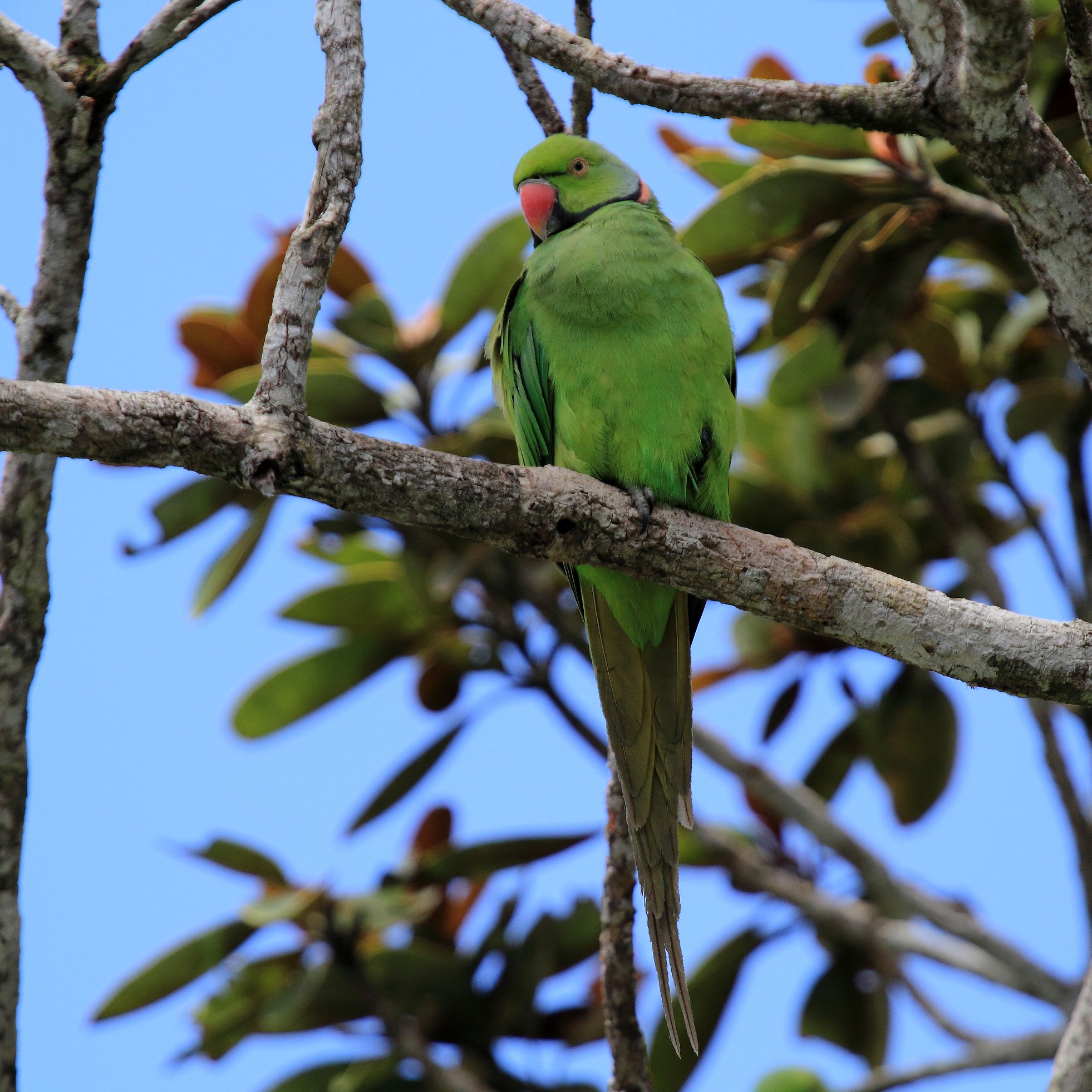 We are delighted to report that the echo parakeet, found only in Mauritius, has officially had its status downlisted from Endangered to Vulnerable by the IUCN[1]. This is a huge achievement and comes after nearly half a century of efforts to save the species, which is the last surviving native parrot on the Mascarene Islands to the east of Madagascar.

‘Had Andrew not sorted out our captive breeding standards and management in the wild, guided us through PBFD[2] and provided us with his wisdom, we would not have got here!’ Dr. Tatayah added, ‘Thank you, Andrew, really!’

In the late 1970s there were believed to be less than 20 echo parakeets surviving in the wild and it was officially the world’s rarest parrot. Today their numbers are estimated at over 800. Andrew was instrumental in turning things around in the 1990s, when he helped resolve many issues with the captive breeding programme, including poor water quality, lack of privacy for breeding birds and problem feather plucking, and numbers have climbed steadily ever since.   Andrew also helped set up and advise student research projects that brought high quality science to guide practical  management.

Andrew continues to visit Mauritius periodically in order to help first hand, as well as being available to advise remotely. The MWF are continuing their excellent work with the echo parakeet, with the aim of getting numbers up to 1000, as well as with many other threatened species. For us at WVI it is a pleasure to work with such a dedicated partner on the ground.

[1] International Union for Conservation of Nature: the global authority on the status of species