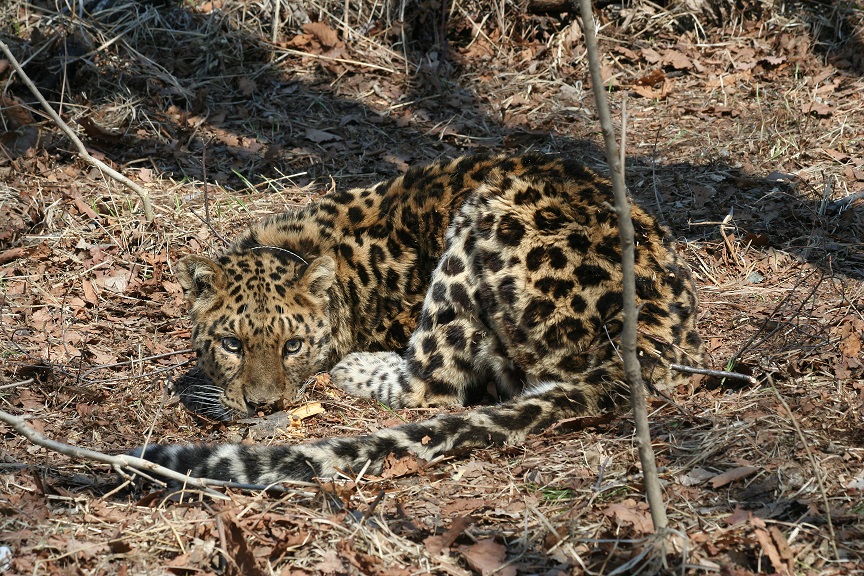 The reintroduction of the Critically Endangered Amur leopard to a new territory in the Russian Far East is a long-term project which requires a great deal of careful preparation. WVI has been working closely with Russian vets and biologists since the idea was first proposed in the 2000s in order to maximise the chances of success. It will be the first large carnivore reintroduction of its kind.

As part of the essential preparations, WVI Veterinary Partners, Dr. John Lewis, and epidemiologist, Dr. Alex Tomlinson, have compiled a comprehensively researched Disease Risk Analysis (DRA) which looks at all the possible threats from disease which could affect both wild and reintroduced leopards over the coming years. It also considers risks that the reintroduction might pose to other wildlife, domestic animals and even humans in the area, and how these can be mitigated.

As the DRA will be most frequently referred to by local professionals working on the ground in the Russian Far East, the 157 page document has now been printed in Russian and will shortly be available as a publication of the Lasovsky Zapavednik – equivalent to a National Park –which will be the main site for the reintroduction.

Compiling the DRA has been an enormous task, involving the analysis of data collected over many years and from many different sources. It is the first of its kind for a big cat and its publication marks an important milestone in the reintroduction plan. With plans for the reintroduction ongoing, Dr. Lewis will continue to advise on all veterinary aspects involved, both on the ground in Russia and remotely as issues or queries arise.

This publication would not be possible without the long term support of Twycross Zoo. For years they have supported this uncharismatic work s they realised that a disease risk analysis is a really important part of any reintroduction as outlined by the IUCN Guidelines for Reintroduction and other Conservation Translocations (2013).

We have to thank Twycross Zoo for the publication of this document but also to the following who supported our Amur leopard work in the field - finding out important data that has gone in to this DRA: