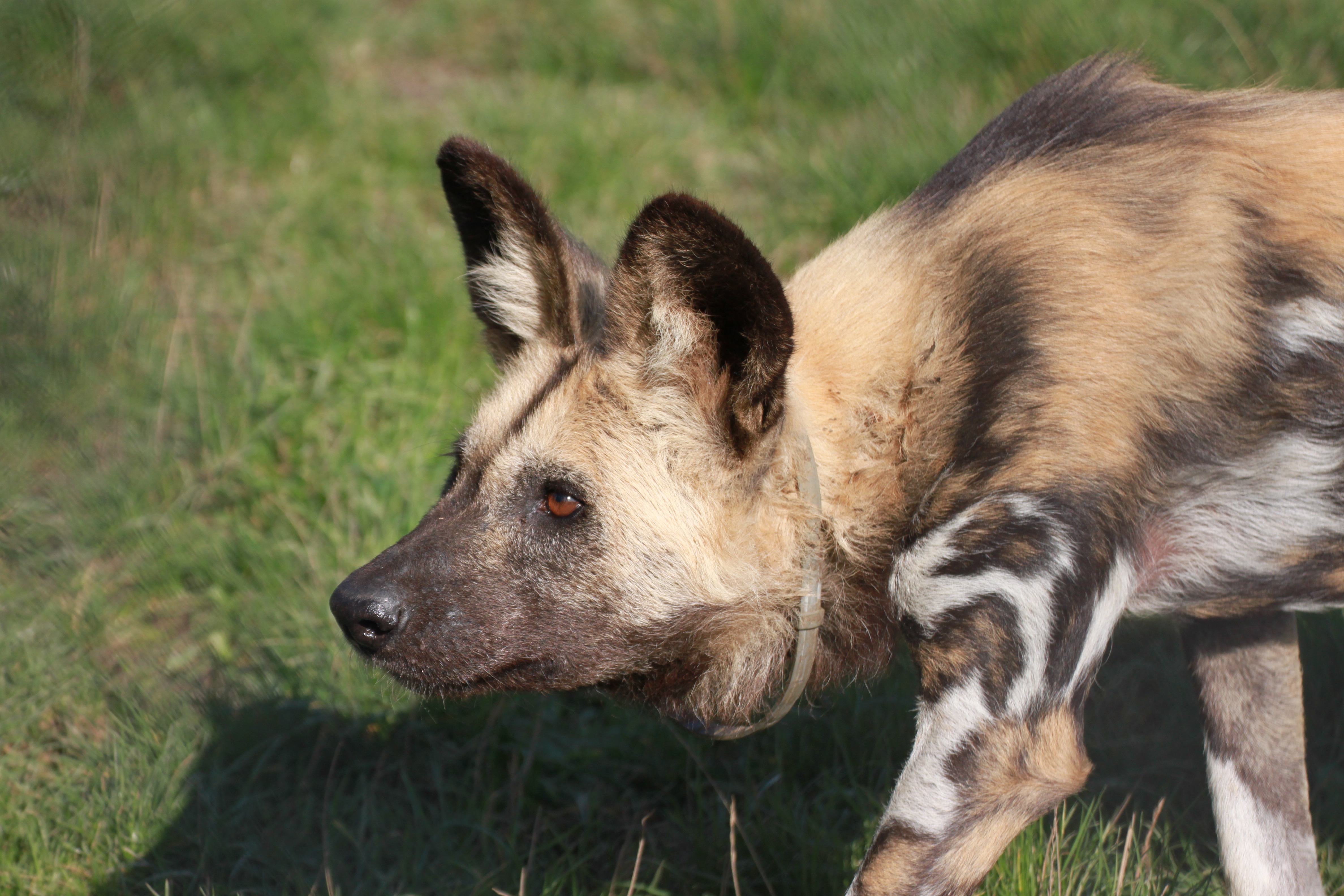 Meet Mantler, who until recently lived at the Aspinall Foundation's Port Lympne Reserve in the UK. Almost a year ago, he and another eight painted wolves made an epic journey to a new life in Gabon. They were ‘soft released’ into a 37 hectare enclosure and since then have been the first painted dogs to live in Gabon for 25 years. Although they will not be released into the wild, they will provide invaluable information about how captive-bred painted wolves might be able to adapt to life in the wild in the future. A big consideration is how Mantler and his little pack will cope with any novel disease threats they may encounter in their new and much wilder setting. Outbreaks of canine distemper virus (CDV) in particular are known to have devastated packs of painted dogs in recent years.

As part of preparations for their big move to Africa, WVI Veterinary Partner and Aspinall Director of Veterinary Services, Jane Hopper, vaccinated the painted wolves against both canine distemper virus and rabies, as well as fitting them with tick collars. Jane has routinely vaccinated all the painted wolves she is responsible for, but there is little research into how much protection this gives the animals over time, and whether it could potentially be a safe option for wild painted wolves too. WVI will be supporting Jane as the blood samples she has routinely collected over the last 15 years are used to help determine the efficacy and safety of distemper vaccinations in painted wolves. This is part of a wider international project, which will allow Jane to collaborate with Professor Rosie Woodroffe (Zoological Society of London). The results will be fed into a strategy to help protect wild packs, with the potential to save many of these Endangered animals.

If you’re a dog owner, you will know of canine distemper virus as part of their annual vaccination schedule, and for many years it was believed to be a disease that was more or less confined to domestic canines. However, in recent decades, the virus has spilled over into many wild carnivore populations, including tigers, lions and seals, as well as painted wolves. Painted wolves tend to contract it from mesocarnivores* with whom they share their territory, with free-roaming domestic dogs also probably playing a role in transmission.

The Covid-19 pandemic has shone a spotlight on the interconnectedness of people, wildlife and the health of the planet. The rise in CDV is another symptom of the expanding interface between wildlife, domestic animals and humans, as habitat is destroyed and the buffers between species are eroded.

Numbers of painted dogs have dropped dramatically across Africa over the last 100 years, from over half a million to around 6,000 – far fewer than elephants and rhino. Put another way, their population has dropped to just 1% of what it was a century ago. Urgent action is needed if this iconic species is to survive.

WVI worked with Painted Dog Conservation in Zimbabwe to help establish biennial vaccination and neutering clinics for domestic dogs living around the edges of Hwange National Park. These not only help protect the park’s painted wolves from distemper and rabies, but benefit both the welfare of domestic dogs and the health of people in local villages.

This new initiative is one of the projects we will be promoting during this year's Big Give Christmas Challenge campaign in December.

*mesocarnivores are smaller carnivores whose diet consists of 50-70% meat. Examples include foxes, martens and skunks.