Protecting Paradise - avoiding the fate of the dodo. 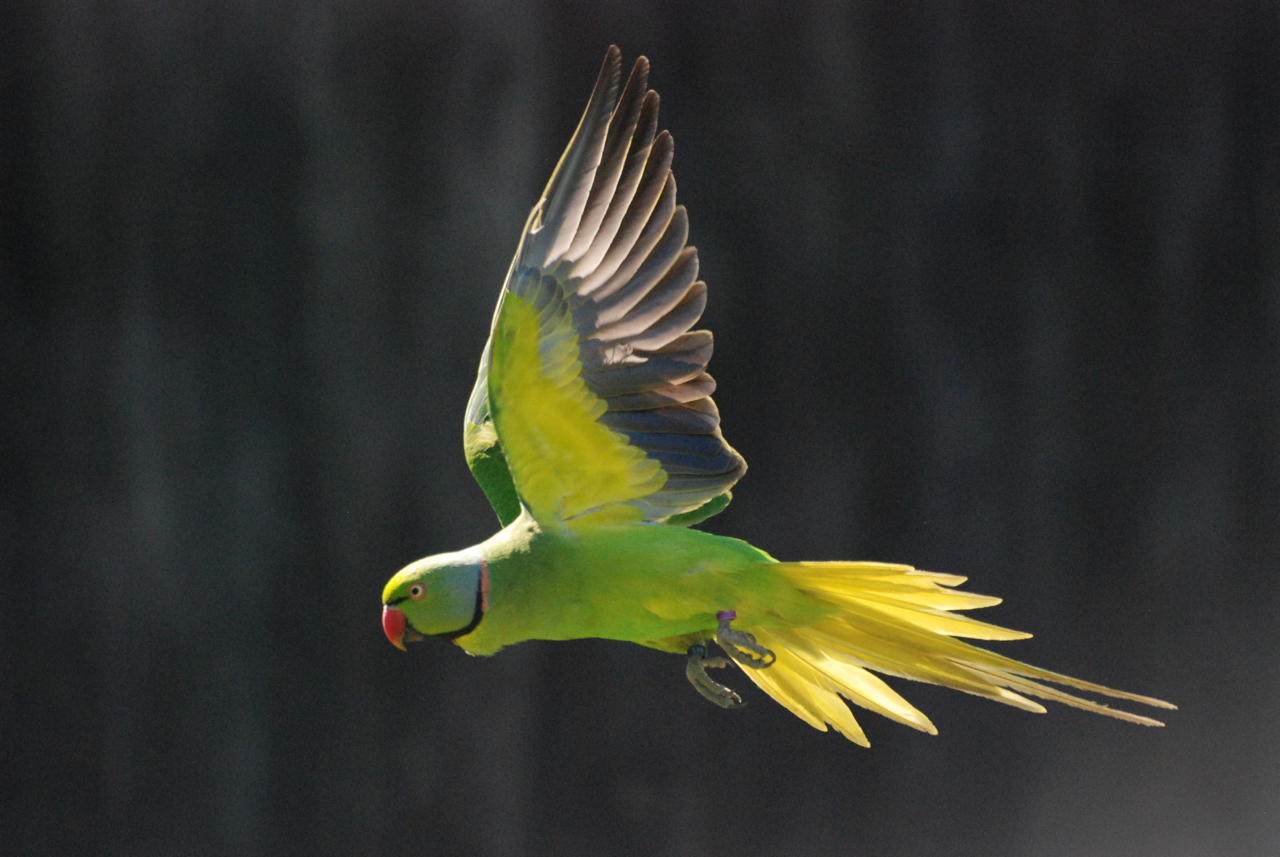 ‍“In conservation, disease is like the fourth horseman of the apocalypse. For a bird population to grow, for example, we know they need safe nest sites, reliable food sources and freedom from predation. But that’s not enough. If you have a small population of a threatened species, the sudden onset of disease, perhaps brought in from somewhere else, can very quickly have a catastrophic effect.”

WVI founder and avian veterinary specialist Andrew Greenwood, has been involved with recovery of endemic species in Mauritius for more than two decades, working inclose partnership with the Mauritian Wildlife Foundation (MWF) and DurrellInstitute of Conservation and Ecology (DICE). He played an important role in helping save the Mauritian parakeet from extinction.

The Mauritian or echo parakeet is an inspiring example of a conservation success story. When Andrew made his first visit to the island in1994, there were thought to be just 20 to 30 parakeets surviving in the forest.Once considered the world’s rarest parrot, their numbers were recently estimated to be over 800 and growing. Concerted efforts to restore habitat in order to ensure food and nesting sites complemented a carefully managed captive-breeding programme. As a result, the echo parakeet has had its IUCN status ‘downlisted’ twice this century, first from Critically Endangered to Endangered in 2007, and then to Vulnerable in 2019.

As with most success stories, there were hiccups along the way. As the population was increasing in the 2000s, it became evident that a significant proportion were dying from Psittacine Beak and Feather Disease(PBFD) – a serious virus which threatened to jeopardise the parakeet’s recovery.That experience led to an important realisation about the difficulty of detecting the presence of disease when numbers of a species are very low.

In the words of Andrew Greenwood:

“I noticed with the echo parakeet that if you have very, very small numbers of a population there might be a disease present, but you just can’t see it. If one bird out of ten dies, that could just be bad luck. But if 100 out of 1000 die, then you can see that something is really going on. So it wasn’t until the echo parakeet numbers multiplied enough that we really spotted the disease was there.

Of course, in those early days of diagnosing PBFD the testing system wasn’t very reliable either. In the same way we’ve all seen Covid-19 testing evolve over recent months, the testing for other diseases tends to develop in a similar way. Thanks to the efforts of DICE, we now have extremely reliable testing in place for PBFD which allows us to monitor it very closely and be ready to take action to mitigate its impact if necessary.”

Andrew was able to guide the MWF team through what was a potentially catastrophic outbreak of the disease in 2005, advising on interventions in the field to help reduce exposure to the virus, which in the long term have enabled the echo parakeet population to adapt and live with it.

Turning things around for the echo parakeet also involved helping resolve a number of issues with the early captive breeding programme, including poor water quality and nutrition, lack of privacy for breeding birds and damaging feather-plucking behaviours. A new disinfection system for the water supply to the aviaries reduced bacterial contamination. Instead of trying to feed the birds on their natural diet – which involved a lot of preparation and introduced issues of food hygiene – a diet was introduced which was based on one used for parrots in aviculture in the UK. Where attempts had previously been made to raise echo chicks by placing them with ringneck parakeets, a new system was introduced using incubators and the practice of ‘double-clutching’ some of the wild birds –a practice which involves encouraging birds to nest twice in a season - which was significantly more successful. Crucially, too, Andrew helped introduce comprehensive disease testing, with staff being trained to collect and analyse samples correctly. Proper procedures for post mortem examinations were also established.

The echo parakeet is far from the only success story on Mauritius. The Mauritius kestrel has made a similarly impressive recovery, from just four wild birds fifty years ago to over 300 today, while the pink pigeon has also been brought back from the brink of extinction. Like the echo parakeet, the pigeon's conservation status has now been downlisted to ‘Vulnerable’. But it’s about so much more than just the numbers. MWF’s excellent work on the ground has resulted in a very comprehensive – even unrivalled - database of wild individuals, covering many endangered species. That endeavour, along with the high quality of the science involved and the professional training of conservationists on Mauritius over the years, has gone on to inform species recovery and rewilding programmes around the globe.

WVI continues to be closely involved with MWF’s ongoing work in the investigation and management of complex disease problems and risks which are always present and can affect any of there covering species at any time.

Until Covid-19 stopped travel to Mauritius, Andrew visited at least once a year. As soon as it’s practical for the vets to get back out on the ground in 2021, Andrew will be returning to Mauritius to advise first hand on any current issues and assess how systems for disease monitoring and the analysis of biomedical samples have held up during the global pandemic and the challenges that has brought. Current concerns include a dramatic drop in numbers in one population of Mauritius kestrels, which he is anxious to investigate quickly. In addition, pink pigeon numbers appear to have stopped growing. There is also always a need for review and training, as staff and students inevitably move on to other projects and places, and some disease expertise can be lost in that process.

Andrew will also be able to see for himself the impact of the near-disastrous oil spill[1] earlier this year. Fortunately, very prompt action by MWF and other NGOs, combined with tireless efforts by local residents to help protect shorelines and favourable weather conditions, have meant that serious environmental disaster may have been averted. However, any long-term effects on soil and particularly on the unique marine environment may not become fully apparent for some time. Andrew was able to advise remotely as some birds were taken into captivity as a precaution, in case larger insurance populations might be needed in the future, as the situation continues to unfold. So far, though, there have been very few instances of wildlife being affected by the oil.

The dodo – that iconic symbol of human-induced extinction – only ever lived on Mauritius. It became extinct around 350 years ago, shortly after humans discovered the island. Our hope as WVI is to be able to continue providing practical advice, training and support to our partners at MWF and DICE to ensure that other species unique to theseIndian Ocean islands do not suffer the same fate.

‍[1] The ship – the MV Wakashio - ran aground at Pointe d'Esny in late July 2020, leaking over 1,000 tonnes of oil into the pristine waters around Mauritius, and particularly threatening the wildlife paradise of Île aux Aigrettes.