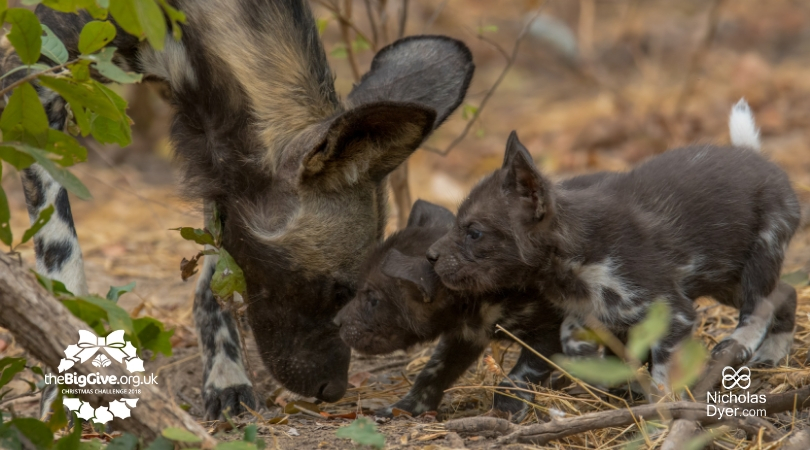 Please donate during our Big Give Christmas Challenge to help save the painted wolf. Every pound you donate will be DOUBLED during this period and will help fund vital vaccination programmes and provide veterinary expertise to teams working in Zimbabwe to save this amazing species from extinction.