The Tale of a Tail 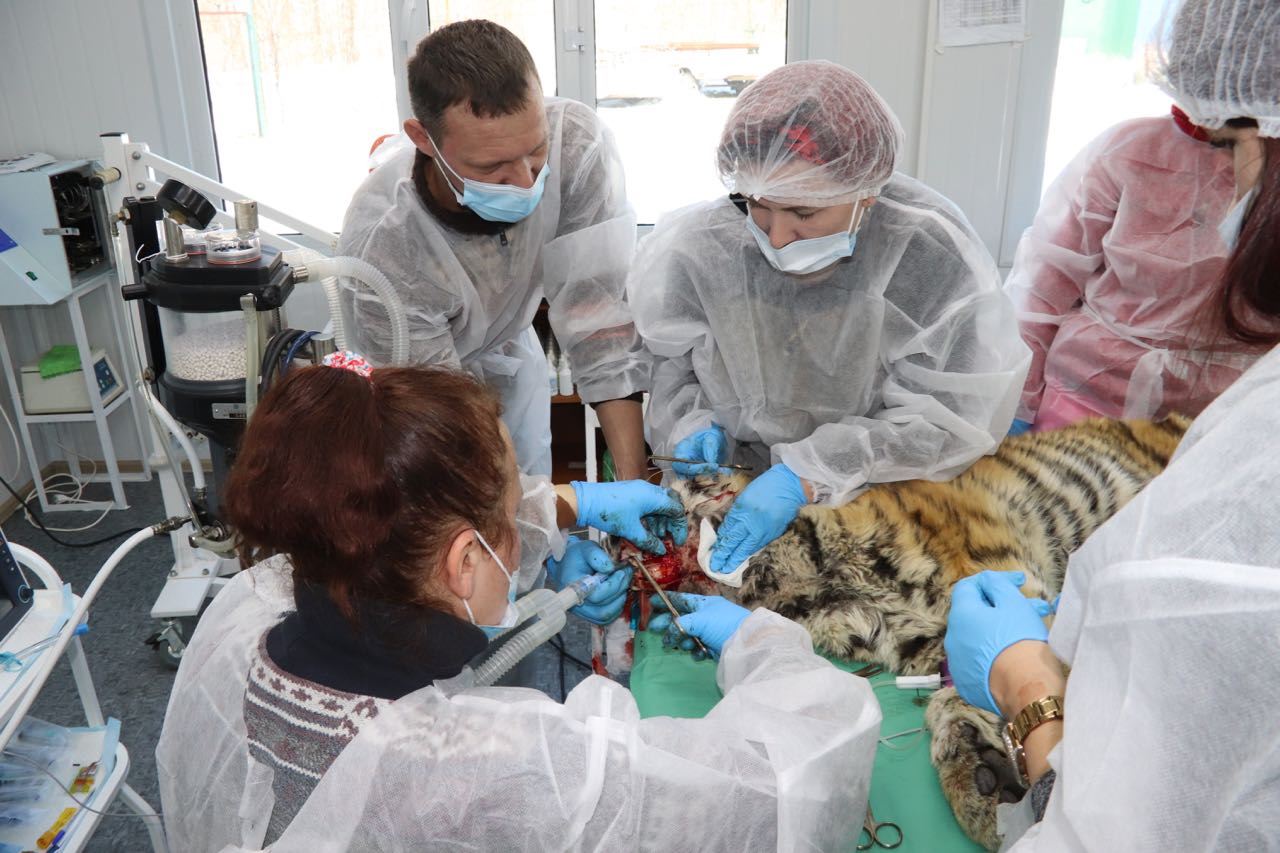 Just before the holiday season in December 2021, a fisherman in the Anuchinsky District of Primorsky Krai in the Russian Far East spotted something unusual on the river bank – an emaciated young Amur tigress. He contacted the Conflict Group of the local hunting directorate who rescued the little tiger and took her straight to the Tiger Rehabilitation Centre at Alexeevka, where she was discovered to be suffering from severe frostbite. Some of the tissue in her tail was beyond saving and a section had to be amputated.

Aged around 4-5 months, the cub’s mother is presumed to be dead, and in fact a frostbitten tail turned out to be the least of her problems. She also had a horrific injury to her lower jaw. It’s not clear how it happened – perhaps in a confrontation with another animal – but the traumatic damage to the tissues made them susceptible to frostbite, which then resulted in the skin and muscle dying and rotting away, leaving the bone completely exposed.

The solution? Bring in two trauma surgeons more used to working with human patients, but with previous experience helping animals too.

They carefully removed a section of skin from the cub’s chest, where the fur is looser, and grafted it onto her lower jaw.

Unfortunately, the graft did not take as well as everyone hoped, but there was some successful tissue growth, which bodes well for a second graft operation which was expected to take place this weekend.

We will bring you news of how this latest operation has gone as soon as we hear from wildlife vet Mikhail Goncharuk, who was due to oversee the anaesthesia.

We have our fingers firmly crossed for this feisty little girl. After all she’s already been through she really deserves to make a good recovery.

What we do know is that she has been eating well, putting on weight and moving around more, all thanks to the excellent care she is receiving from the Tiger Rehabilitation Centre team. She’s also showing a healthy amount of aggression towards her human carers, which bodes well for any future return to the wild!

Mikhail was mentored for many years by WVI founder and big cat expert, the late Dr John Lewis, and we are delighted that he is continuing John’s legacy and helping further strengthen wildlife medicine in the Russian Far East.