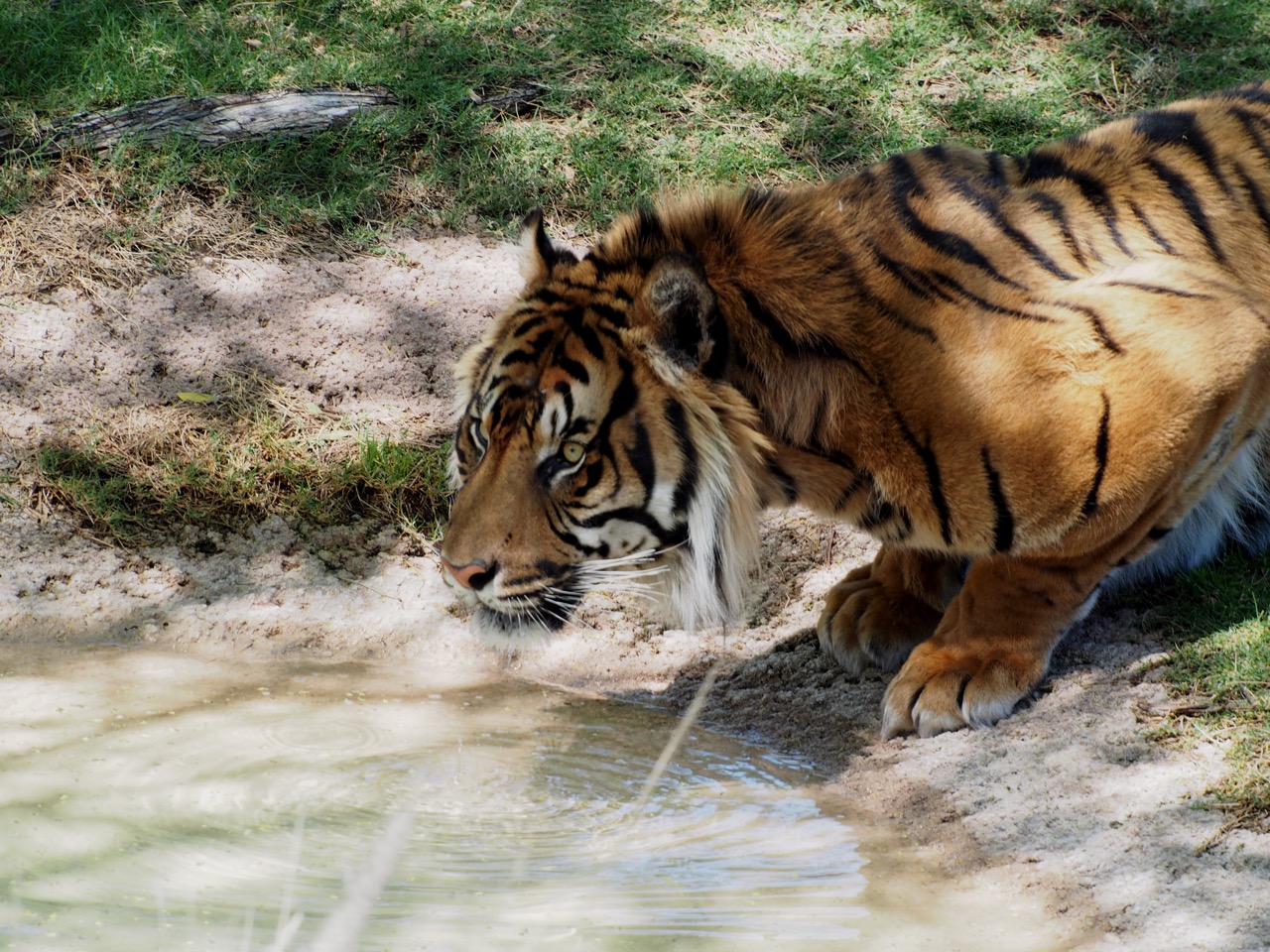 For a number of years, reports of tigers behaving strangely in Sumatra have raised concerns that they may be affected by canine distemper virus (CDV). That threat has now been confirmed by a recently published paper.

We have been investigating the risk of CDV to wild tiger populations for some time. The first reports of wild tigers being infected with this disease came from Russia in 2003, when an Amur tiger was found behaving strangely and appeared to have lost all fear of people. The animal in question was taken into captivity, where it died a short while later after exhibiting progressive neurological symptoms. In the years that followed, several other cases were identified, all of which proved fatal.

Epidemiological modelling has found that in small, fragmented populations of tigers in Russia, exposure to CDV increased the risk of extinction by up to 65%, making it a significant threat.

Sumatran tigers are Critically Endangered, with approximately 500 thought to exist in the wild, and as such they are particularly vulnerable to the effects of disease.

In 2013 the late Dr John Lewis was involved in establishing the Sumatran Tiger Health Forum - a disease surveillance programme designed to detect emerging threats. More recently, a collaborative team of Indonesian and international scientists have been able to take things a step further and screen a bank of archived tiger samples. Partners from Taman Safari Indonesia, Bogor Agricultural University, Chulalongkorn University and Cornell University worked to set up in-country serological testing for CDV in tigers, before using this assay to screen the archived samples.

Their research, published last month in the Journal of Wildlife Diseases, provides evidence that at least one Sumatran tiger has been exposed to CDV in the wild. These findings are a real cause for concern and have rightly prompted calls for further investigation. The paper can be accessed here

When it comes to saving species, disease research like this is a vital part of the puzzle.