Calling all budding artists, young, old and in-between. Put together a small art exhibition of everyone’s work and then auction the pictures off to the highest bidder. You can do this either as a ‘Silent Auction’, when visitors simply write their bids on a sheet of paper beside each picture, or you can appoint an auctioneer, organize some refreshments and make an evening of it.

Any unwanted gifts, outgrown toys, or clothes that are no longer worn would all be perfect to contribute to a bring and buy sale. Everyone brings whatever they are happy to donate to the sale, and is free to buy other items in return. A great way to motivate yourself to get that spring-cleaning done! To get started, all you need is a couple of tables, a dry space to set up – perhaps a garage or school hall – and a couple of volunteers to keep things in order and collect the money.

Why not persuade your school to have a Crazy Hair Day?

Everyone who wants to take part brings a small donation and and
then it’s time to let your imagination, and your hair, go wild.

Why not hold a sponsored dog walk? Dogs are always happy to go for a walk, whatever the weather.

You could plan a special outing with a couple of friends or neighbours, or perhaps a bigger group.

Ask people to support you by measuring either time or distance. Or you could commit to taking your dog a certain distance every day for a week.

If your canine friend appreciates having a few snacks along the way, why not take a few of our delicious homemade dog biscuits in your pocket? You can find the recipe here.

If it’s close to Easter – or even just springtime – you might like to plan an egg-themed party.

You could sell tickets for the event, or just collect donations. It could include a raw egg toss, an egg and spoon race, or rolling hard boiled eggs down a slope. If you’ve never seen a raw egg toss, it involves everyone finding a partner and lining up facing each other in two lines, one step apart.

Each pair has a raw egg and you throw it to your partner. Each time you make a successful throw and catch you each take a step back.

The winners are the pair who manage to create the greatest distance between them without dropping and cracking their egg. If you are feeling particularly ambitious, you might include an Easter Bonnet Parade –where everyone creates and models their own headgear.

You could organise this for a bigger group in a school or village hall - or have a smaller, cosier evening at home. If you decide to go for a bigger event in a more public space, don’t forget to check that your equipment works properly in advance.

Your guests come along, make a donation, and watch a film you have chosen (you might want to keep this a secret until they are in their seats).

You might want to consider providing popcorn or even candyfloss just to add to the atmosphere – as long as you don’t mind clearing up afterwards.

What could be more civilised than a summer garden party? You could organise a small event in someone’s back garden, or a bigger one in the grounds of a school or church.

If you are going to have many younger guests perhaps you could get someone to do face painting? There are lots of suitable games and stalls you could also include to keep children amused: Pin the Tail on the Tiger, Guess the Number of Sweets in the Jar, Paper Airplane contest and bean bag tossing. (See here for more simple ideas.)

If your school or youth group is holding a Halloween disco, why not see if you can persuade them to make it in support of WVI, collecting a small donation from everyone attending or organise your own ghoulish party night.

Think about friends who come from different places and cultures. Could you persuade people to bring a traditional dish and perhaps share some poetry, music or even a dance from their home country?

Come armed with as many jokes as you can. The idea is to keep the jokes coming for as long as possible.

Everyone gets to tell one joke at a time. Participants pay a small fee to join in, but have to pay again if they decide to leave before the end of the event.

Is there a hill, a park or a beach near you where you could organize a kite-flying extravaganza on a suitably windy weekend?

You could even provide some small prizes for the most successful kite, the best decorated kite and perhaps the youngest flier. Use your imagination – the sky’s the limit!

Looking for a chance to wear that particularly tasteless tie Great Aunt Grace gave you for your birthday?

Why not persuade your colleagues to pay a small fee to join you for a Loud Tie Day. (Or you could charge double to those who wish to be exempt…)

Organise a concert when everyone gets to show off their musical talents.

You might even like to include some recordings of traditional music from some of the countries where WVI works, or consider introducing people to the Great Animal Orchestra Symphony by British composer Richard Blackford, which features wolves, gibbons, tree frogs and even a wren.

It’s always exciting to wrap up, pull on your wellies, turn on a head torch and head off into the unknown in search of nocturnal mammals, invertebrates and amphibians.

Is there a wood, some wilder parkland or a pond that you could visit with a small group of friends? Don’t forget to take along some hot chocolate and snacks to keep you going.

Got any pairs of socks that really clash? What about challenging your friends or colleagues to an Odd Sock Day, when for a small donation you all wear odd socks and vote for the most outrageous combination?

Can you design a poster informing people about one of our WVI projects?

Please share your work with us to have a chance of winning a small prize.

You could think about organising a general knowledge quiz night – perhaps at your school or village hall. People can take part in teams – and you would need to set questions for differently themed rounds.

These might include categories like Geography, Science, Music, Animals, Current Affairs, Maths and Literature. A team can choose to play their Joker in one round – and receive double points for any correct answers on that particular topic.

Set yourself a reading target – perhaps just a few pages a night, perhaps a book in a week, or perhaps ten books over the next three months. Collect sponsors and ask them to support you with a donation per page, per chapter or per book – whatever is most appropriate for the task you have set yourself.

Remember to let people know when you are starting and when you plan to finish.

What books will you include? Maybe you could include some that focus on animals and the natural world. For example, upper primary children might enjoy Lauren St. John’s White Giraffe series. For some personal recommendations from us here at WVI take a look here.

What about holding a sponsored swimming event at your local pool?

Ask people to support you by the metre or by the length, depending on your swimming ability.

Every bear loves to go down to the woods for some tea and cake. Why not organise a picnic in aid of WVI? Everyone brings along a teddy and a contribution – either sandwiches or cakes – to share.

You just need to find a comfortable and shady spot and perhaps provide some blankets and drinks. Of course, if you decide to take things more seriously, you might want to provide some themed food and play some ‘beary’ games. You’ll find lots of ideas here.

Or rather, non-uniform. Ask your school if students can ditch their uniform for a day and come in mufti instead – for the price of a small donation.

If it’s that time of year and love is in the air, why not hold a disco in aid of WVI?

Collect baby photos from your friends, classmates or colleagues and organize an exhibition. Everyone tries to match names to faces, perhaps with small prizes for those who get the most right.

In December you might consider getting a group together to sing some traditional carols, perhaps in a town centre on a late-night shopping evening or at a weekend, or at the train station or outside a supermarket.

You can also simply go door to door. However, do be aware that if you decide to sing in a public place, you will need to apply for a ‘collection permit’. You can be fined if you collect money for charity without one. Contact your local council to find out more.

In London, you will need to contact the Metropolitan Police. If you’re a school student, perhaps your school would let you organise carol singing as part of their end of term festivities.

Are you a yo-yo master? Why not get together with friends and see who can keep their yo-yo going longest?

Think you know your animals? Why not organise a Zoology Mastermind, where contestants must answer questions about the natural world. Set a time limit of three minutes and see how many correct answers each person can clock up in that time. 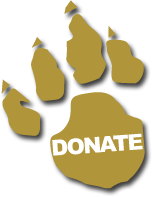 If you would like to help raise funds and spread the news about WVI’s work to save endangered species, we have an A-Z of simple ideas, suitable for all ages, for you to choose from. Or if you have any suggestions of your own, please let us know.

If you need small prizes for an event you are organizing, please get in touch with us as we do have some WVI merchandise which we can provide at cost price.
Contact us on

Give as you live